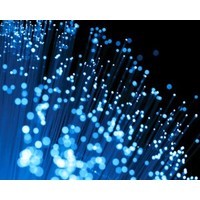 If you’ve picked up a newspaper or read a news site this morning, you’ve probably read about how a report released today by Deloitte Access Economics has put a figure on how much households will gain from the NBN.

It’s a big one. According to the economic forecaster, the average household will be $3800 better off with the NBN. For older households, this figure balloons up to an astonishing $7400 better off per year.

Here at SmartCompany, we love the thought of super-fast internet, but we thought this was pretty extraordinary. So we’ve drilled down into the report to see how it came to this conclusion.

Here’s what we found.

Deloitte Access Economics is a forecaster independent of the government. But this research was paid for by the government (you can read it on the Department of Broadband, Communications and the Digital Economy website).

Depending on how much you think the buyer can influence the results of even the most independent research, this might temper how you take this report.

The report looks to 2020, three years after the NBN is due to be completed, and tries to estimate how much every household would benefit from the significantly faster internet that would be offered by the NBN.

The first thing to note is that the report does not claim to be a cost-benefit analysis of high-speed broadband. This means the costs of broadband – in subscription fees and/or higher taxes to pay for its construction – are not considered in the total figure. Currently, most NBN plans start at $50 a month, so merely being connected to the NBN is likely to take at least $600 out of that final benefit figure.

Another thing to keep in mind is that the report estimates the impact of high-speed broadband on those who do not already have it. Some households already benefit from internet speeds of 25 Mbps and over, which means they’re already securing a lot of the benefits ascribed in the report.

The first part of the report looks at the statistical ‘average’ household, and concludes it would be $3800 a year better off under the NBN.

Of that benefit to households, only $2400 is a strict financial benefit. The remaining $1400 is the estimated monetary value of the time saved by fast broadband. The report considered the amount of time people spend in transit to go shopping and to go to work, estimated how much of this time could be saved through fast internet access, and put a dollar value on this time. However, because transit time is currently unpaid, this wouldn’t actually result in extra money in people’s pockets (although they could potentially use the free time in productive ways to boost their pay packet).

Of the total $3800 value, the biggest gains come in things like greater employment (worth $634 a year) due to being able to work from home, which would mainly benefit those currently unable to work due to distance or caring responsibilities, and the productivity gains achieved by doing things online, worth a whopping $1930 to households annually. These productivity gains included the lower prices of shopping online (due to increased competition between online retailers).

The second part of the report is several case studies of different types of households. It found the NBN would disproportionately benefit those who already face disadvantage.

What do the politicians say about it?

Labor has understandably run heavy this morning on the results of this report.

In a joint statement, Prime Minister Kevin Rudd and Communications Minister Anthony Albanese said the report demonstrated how the NBN would transform the Australian economy, while “directly benefit[ing] every family in the country”.

“Federal Labor is building the NBN because it is so important for Australia’s future prosperity.

“Tony Abbott will cut the NBN, just like he will cut the SchoolKids bonus, cut health funding, and cut increases in superannuation payments.

“When it comes to super-fast, affordable and reliable broadband, only Federal Labor will do it once, do it right, and do it with fibre.”

Speaking to ABC Breakfast this morning, shadow communications spokesman Malcolm Turnbull said he didn’t dispute that voters would be better off with very fast broadband.

“Now this report does not speak about – does not address, in fact – the arguments for fibre-to-the-premises or fibre-to-the-node or any particular technologies,” he said. “So what it does do is serve as a reminder that there are very large economic benefits from having very fast broadband, but you have to actually get on with it. And the problem with Labor’s policy, as you know, is that they have made and are making so little progress.”

Stopping just short of endorsing the figures, Turnbull said the speeds used in the report would be available under the Coalition’s broadband fibre-to-the-node plan.