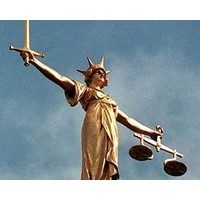 After leaving his partnership at Freehills and a host of blue-chip clients, Michael Harmer established his own practice in 1996 and has gained a reputation as an aggressive workplace relations litigant bringing claims against high profile defendants.

Harmer has a reputation for actively seeking out media coverage and filing a broad-ranging statement of claims. He is best known for acting in the sexual harassment claim brought by Kristy Fraser-Kirk against Mark McInnes, which resulted in a confidential settlement and McInnes’ resignation from David Jones.

Most of Harmer’s cases do settle before they get to court, partially as a result of defendants who don’t want to bear the brunt of the media spotlight, but the action brought by Ashby proceeded all the way to a judgment which was highly critical of Harmer.

Justice Rares slammed Harmer for including damaging and at times irrelevant allegations in the originating process, which were then quietly dropped after extensive media coverage, and held that the case was an abuse of process.

“The originating application was used by Mr Ashby for the predominant purpose of causing significant public, reputational and political damage to Mr Slipper,” Justice Rares found.

“A lawyer cannot open a case in court by making statements that may have ruinous consequences to the person attacked that the lawyer cannot substantiate or justify by evidence. Similarly, a lawyer cannot plead such statements and assert that they are supported by sworn or affirmed evidence, when he or she does not have a reasonable basis for making such an assertion.”

Justice Rares found the inclusion of “scandalous and irrelevant” allegations from 2003 in the originating process and the assertion about Cabcharge allegations had “no legitimate forensic purpose”.

“No lawyer acting responsibly could have included either of those matters … in the originating application to make what would become a public attack on Mr Slipper when it was filed,” he found.

“A party cannot be allowed to misuse the court’s process by including scandalous, irrelevant or damaging allegations, knowing that they would receive very significant media coverage and then seek to regularise his, her or its pleading by subsequently abandoning those claims.”

The judgment is likely to be appealed and Harmer has issued a statement saying he is “shocked and disappointed” by Justice Rares’ findings.

“We will argue strongly on appeal that the conclusions in his Honour’s judgment made about our conduct of the case are simply not justified by the evidence. Neither myself, nor this firm, are part of any conspiracy,” Harmer said.

McInnes was contacted for comment but failed to respond. However, a source told SmartCompany that Harmer employed exactly the same tactics against Slipper as he did against McInnes.

“At one stage they said they had 14 co-claimants and none ever materialised, and there were various other accusations made at various stages which delivered front pages and led the news; none of which were shown to have any merit,” the source says.

For both the McInnes and Slipper case, Harmers engaged spin doctor Anthony McClelland in order to facilitate media coverage of these early claims.

“It is all to do with pressuring clients into settling. You would think that clients would think twice before putting themselves in that position, it is pretty horrible stuff.”