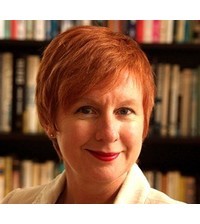 “No one can whistle a symphony. It takes a whole orchestra to play it.” HE Luccock

The capacity of the integrated circuit had doubled nearly every year since its invention in 1958, and Intel’s cofounder predicted that exponential growth would last another 10 years.

That was 1965. Moore was right about the growth trajectory, but wrong on the timeframe.

Today, Moore’s Law is part of high-level conversations around the world as leaders grapple with increasing complexity and the disruptive impact of each new wave of technology.

The world is changing at warp speed. In such an uncertain, fast-moving environment, how to keep across the flood of information and key developments? How to know what matters (and what doesn’t)? How to tackle problems that transcend organisational, sectoral and national boundaries, whose complexity or magnitude challenge traditional definitions and capabilities?

Derived from the Latin con- (with) and laboro (work), collaboration is loosely defined as two or more people working together on a common goal.

“Humans are not special because of their big brains,” says social anthropologist Kim Hill. “That’s not the reason we can build rocket ships – no individual can. We have rockets because 10,000 individuals co-operate in producing the information.”

With globalisation and the growing focus on innovation, executive teams have rediscovered collaboration as a way to achieve better outcomes than individuals would when working in isolation.

A recent study by global technology company Cisco found that the primary reason people collaborate is to innovate.

“In businesses, this type of collaboration focuses on developing creative solutions or ideas that improve an existing process or product,” according to Harbrinder Kang, who oversees strategic development of Cisco’s Networking Academy program. “Through ongoing collaboration, socialisation and vetting, the idea develops into a viable solution to address a new market opportunity, re-engineer a core process, solve a problem, or create business value.”

Nice in theory, yet in many organisations the frantic pace, heavy workloads and organisational barriers often derail the most well-intentioned collaboration efforts.

As well, researchers Herminia Ibarra and Morten T Hansen say collaboration is often blamed for costly delays when other factors are at play.

“As a CEO visiting one of our classes put it, ‘If you have time, you can be infinitely collaborative, but if you have to fix things in a significant way and you’re in a hurry, you’ve got to be more directive.’ This common wisdom has been used a lot lately to denounce collaboration at the top as an affordable luxury in munificent times but a slow and costly method when the competition heats up.”

Ibarra and Hansen acknowledge that companies can lose focus and accountability when they ‘overdo’ collaboration, but warn it’s dangerous to revert to command-and-control when the market demands speed.

They suggest two ways to ensure ‘fast’ collaboration: to formally designate a directly responsible individual (DRI) as the point of contact or follow-up; and refusing to allow people to pass off politics as collaboration.

“Unclear accountability, parochial interests and political jockeying among senior managers, and not collaboration per se, are what really slow things down,” Ibarra and Hansen say. “Leaders set the tone by making clear what they want people to collaborate on and what they expect them to handle expeditiously themselves.”

Says Kang: “People were more engaged when they could see and hear each other well, basically interacting the way humans have interacted for thousands of years: face to face. When personal meetings were not possible for our participants, they embraced technology … that most closely emulates human interactions.”

Ironically, in a lesson for the corporate sector, it’s in the social innovation space that some of the more ambitious and successful collaborations are occurring.

“Leaders and organisations are acknowledging that even their best individual efforts can’t stack up against today’s complex and interconnected problems,” according to Ben Hecht, president and CEO of the Living Cities impact investment initiative.

“While collaboration is certainly not a foreign concept, what we’re seeing … is the coming together of non-traditional partners, and a willingness to embrace new ways of working together. And, this movement is yielding promising results.”