Why the grass isn’t greener in another industry 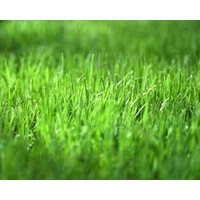 Not long ago the CEO of a company we know convened his top executives and asked them to look for new strategic growth opportunities, because revenue had stalled and the existing customer base was shrinking. He encouraged them not to be bound by the company’s history, the markets in which it already participated or the assets it had in place. Instead he wanted them to identify new markets.

It’s amazing how often senior executives conclude that their problems are simply a function of a decline in their core markets – and how often boards accept that conclusion. The underlying belief is that leaders should find the “best” industries and put their companies in a position to compete in them. There’s bound to be greener grass somewhere, isn’t there?

Actually, no. The idea that some industries are superior – a view promulgated by Wall Street analysts, media pundits and managers’ own human tendency to look for “easier” businesses – is illusory. The data does not support it.

Sure, some industries outperform others, but the differences are far smaller than you might think, and most highfliers eventually revert to the mean. Moreover, the difference in returns within an industry is several times greater than the difference across industries, no matter which ones. CEOs and boards shouldn’t waste time and shareholder capital trying to jump to “better” industries. In almost every case, a bigger opportunity lies in improving your performance in the industry you’re in, by fixing your strategy and strengthening the capabilities that create value for customers and separate you from your competitors.

We reached this conclusion after analysing shareholder returns for 6,138 companies in 65 industries worldwide from 2001 to 2011. Firms in the top quartile had annual total shareholder returns of 17% or more. Every major industry had at least one company with a TSR that high. Their CEOs didn’t have to seek deliverance elsewhere.

Yet it’s hard to find a leader who hasn’t entertained the idea that his company was simply in a bad industry or market space and a better opportunity lurked nearby. This notion explains why product or service lines that still have growth potential get exploited as cash cows – made to fund other businesses instead of being allowed to reinvest in their own. And it explains the reckless pursuit of mergers that are billed as “transformational” but often involve overpayment, underperformance, a big write-off and the loss of the CEO’s job.

One example of the pitfalls of this reasoning is Mattel’s acquisition of the Learning Co, in 1999. Growth at Mattel (the maker of the Barbie doll) was slowing, and the Barbie franchise was losing market share; CEO Jill Barad thought the company could gain advantage by shifting its attention to a faster-growing market.

She saw Learning Co, which made interactive games and educational software, as the answer. But her optimism (reflected in an acquisition price of $3.5 billion – 4.5 times Learning Co’s annual revenue) was ill-founded. The Learning Co had problems of its own, including low free cashflow and ageing brands such as Reader Rabbit, and Mattel didn’t have the know-how to succeed in the interactive-learning market.

Far from boosting Mattel’s success, the Learning Co undermined it, erasing Mattel’s profits and wiping out two-thirds of shareholder value. Little more than a year after the acquisition, Barad was out and Mattel had sold the Learning Co for a pittance.