Why the world is changing its attitude to Indian investors 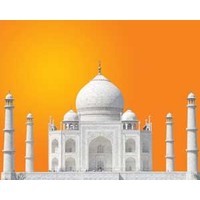 With all eyes focused on China’s rapid growth, voracious needs and acquisitions, India has been comparatively overlooked.

Typically, Australian businesses have found the Indian market tough going. Despite the vast opportunities it offers, there are still fewer than 2000 Australian companies selling into that market – that’s half the number of businesses exporting to China and a mere portion of the firms peddling their wares to either Singapore or New Zealand.

Many Indian entrepreneurs have made significant acquisitions and built up businesses in Australia, among them major companies including information and communications technology giants Infosys, Wipro, Mahindra Satyam and conglomerate Tata, to name a few.

Indian steel companies – Tata Steel, Bhushan Steel and Jindal Steel – have been steadily buying assets in Australia and overseas for years. More recently, as clean energy has become a corporate competitive asset due to increasingly stringent environmental laws, there has been a flurry of deals by Indian firms in renewable energy businesses as well.

The next global superstar?

Globally, there is unprecedented interest in India and its potential as the world’s next economic superpower alongside China. Last year, Indian companies made a number of high-profile acquisitions. Investments by Indian companies overseas more than doubled to US$43.9 billion in the 2010-11 fiscal year.

While China has been the focus, Indian groups have been equally successful in racing to secure coal and infrastructure assets across the globe, including in Australia. The value of India’s outbound investment in the mining and metals sector globally reached US$4.6 billion in 2010, for the first time surpassing China’s outbound investment of US$4.5 billion.

At the same time, Indian companies overtook those from China, Korea and Japan as the biggest Asian buyers of overseas’ coal assets.

Yet none of India’s efforts in Australia have grabbed the headlines as Chinese companies have done – sometimes for small and seemingly insignificant purchases.

The reason Indian companies have not attracted the same sharp focus as their Chinese counterparts is partly due to their preference for greenfield sites and building from scratch rather than making controversial acquisitions. But even when they have acquired companies and entered joint ventures and partnerships, these deals were scarcely noticed because, until recently, the assets were never in the “hot” sectors.

Tim Harcourt, the JW Nevile Fellow in Economics at the Australian School of Business, suggests another reason India’s global expansion has not attracted so much focus.