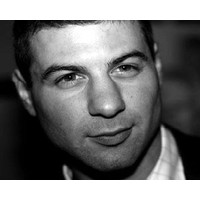 What’s the biggest impediment to being really, really rich? There’s no doubt background and luck play a big role in getting rich (as Malcolm Gladwell famously noted in Outliers, 14 out of the 75 richest people in history were born between 1830 and 1840). But what is perhaps less obvious is the role played by universities. That is, one of the best ways to become really rich is to drop out of (or never attend), university.

Sound ridiculous? Especially since universities are the destination for the best and brightest 18 year olds with gruelling entry requirements.

Consider this. The world’s richest person, Bill Gates (US$72.5 billion), famously dropped out of Harvard (along with Microsoft cofounder Paul Allen (US$39.1 billion)) to work on his fledgling software business, as did Facebook founder, Mark Zuckerberg (US$21.7 billion), ironically, not that long after seeing a speech by Gates at Harvard.

Larry Ellison (US$40.1 billion) dropped out of two universities before founding Oracle, while Steve Jobs (estate worth US$11.7 billion) famously dropped out of Reed College, after feeling guilty about wasting his parents’ money on tuition.

Michael Dell (US$15 billion), casino magnate Sheldon Adelson (US$30.4 billion), record boss David Geffen (US$6 billion), Ted Turner (US$2 billion) and Ralph Lauren (US$7 billion) all never made it through college.

The founder of Zara, and the world’s third richest person, Amancio Ortega (US$58.9 billion) shunned higher education to become a shirt-maker. Meanwhile Ikea founder Ingvar Kamprad (US$49.2 billion) started the eponymous retailer aged 17 and Asia’s richest person, Li Ka Shing (US$27.4 billion), started working as a factory apprentice at 14 after the death of his father.

While elite high-school graduates flock to university, many of the wealthiest Australians also shunned higher education.

Rupert Murdoch (US$12.3 billion) left Oxford upon his father’s death to save the family’s teetering newspaper business. Lang Hancock (who created the fortune of Gina Rinehart, Australia’s wealthiest person) never attended university at all, nor did Frank, Kerry or James Packer, while Frank Lowy ($6.9 billion) started a smallgoods delivery business after arriving in Australia in 1952.

On one hand, the fact that a majority of the world’s richest people shunned higher education may be surprising (many assume that the smartest people go to university, and to be rich one needs to be smart), in reality, such thinking is misguided.

Universities teach a highly institutionalised form of learning, Warren Buffett (while a relatively rare super-rich university graduate) is highly critical of the teachings of almost all university business and finance courses.

In many ways, the point of universities is to provide disciplined and trained workers to existing businesses, not to create competitors who disrupt the status quo. Almost everyone who attends university does so in order to secure a well-paying, and ‘secure’ job, with a steadily rising and above average income. Moreover, upon graduation, most have a substantial debt, which necessitates years of loyal service in order to repay it. A university path is inherently risk averse, not something we associate with the best entrepreneurs.

That is of course not to suggest we should be closing all universities – but rather, we should be embracing all forms of learning, not merely institutionalised ones. Had the likes of Gates, Zuckerberg, Lauren and Kamprad completed degrees, we may never have had personal computers or iPhones or Facebook or Polo shirts or IKEA.