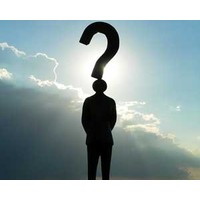 Eric Knight, an economist and consultant at the Boston Consulting Group, speaks in broad strokes.

Addressing an audience at the Creative Innovation Conference in Melbourne yesterday, he began by saying Francis Fukuyama was wrong.

In 1992, the lauded Japanese-American political scientist and then neo-con (he’s since changed his world view) said with the collapse of the Soviet Union and the blossoming of democracy in Latin America, the battle of ideas that had characterised the march of history was over. Fukuyama’s provocatively titled thesis, The End of History, said in free liberal capitalism, we had found the answers. It was only a matter of time until our values were embraced across the world.

Knight says in the years since Fukuyama published his thesis, the exact opposite has happened.

“We’re witnessing not the end of history, but the end of certainty,” he says. “The key to success have changed.”

Knight is the author of Reframe: How to solve the world’s trickiest problems. In the book, released earlier this year, he posits that in today’s complex, rapidly changing world, finding solutions is more than ever about having the right process, rather than a visionary’s flash of brilliance.

It’s like evolutionary biology, says Knight. “Trial and error, adaptation and error. The errors are the key to success,” he says.

“We don’t make errors lightly. Leaders are meant to have the answers. It’d be a brave one that admits they’re just trying things out to see what works.”

But the problems facing leaders today are “wicked”, Knight says. The past offers little guidance – new ways of approaching problems are required. Trial and error is the only way.

Some leaders are beginning to recognise this, Knight says. He cites a conversation he had a high-ranking general in the United States military.

After the terrorist attack on the New York in September 2001, then US president Bush kept 22 pictures of terrorist enemies on his wall. As they were killed, he’d cross them off.

“That’s a terrorist focus,” Knight says. “It was the wrong focus, and it wasn’t working.”

After a number of years, the US military tried something new, which was focusing on the causes of the terrorism itself. That gave rise to counter-insurgency theory, which has had success in decreasing the prevalence of violent conflict in Afghanistan and Iraq.

“I asked Lieutenant-Colonel John Nagl how they knew counter-insurgency would work. He said they didn’t. But they knew if it didn’t work, they would change tact.”

That leads to the next part of Knight’s thesis – the necessity of reframing problems to see them more clearly. He says in today’s world, those who know a little about everything, who are able to look at things broadly, are the ones who can see new solutions to try.

But we suffer from what psychologists call “functional fixedness”. “We view problems as they are initially framed to us,” Knight says. “We get stuck in the magnifying glass trap.”

To illustrate, Knight presented the room with a picture of a box filled with thumbtacks, and a candle. He asked the audience to think of how they would attach the candle to a wall in such a way that the wax didn’t drip onto the ground.