Will Apple spark a US manufacturing renaissance? 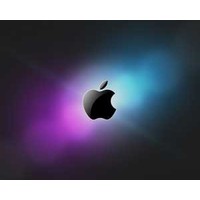 Today, the only American-made Mac is the kind you eat at McDonald’s. America’s other well-known Mac – Apple’s Macintosh computer – is manufactured in China, like all other Apple products. But that’s about to change. Apple announced last week that it will invest $100 million to make some of its Macs (through third parties) in the United States. This move makes strategic sense for Apple and is potentially important for the long-term health of the US economy.

It would be easy to dismiss Apple’s move as a pure publicity stunt or political play. After all, Apple is often criticised for being the ultimate “designed in America, made in China” company – even though many other firms follow the same strategy. But there are other good reasons for Apple to source some of its products from the US:

Currently, nearly all of the final assembly of Apple products is performed in China. That leaves the company vulnerable to a whole host of supply chain problems, including natural disasters, political crises, protectionism and rising wages. Moving some production out of China is a good way to diversify Apple’s sourcing risks. And, of course, the fact that the US happens to be Apple’s largest market makes moving some manufacturing back home a good move. Increased proximity to one of its most important markets will also improve Apple’s responsiveness.

As Willy Shih and I argue in our new book Producing Prosperity: Why America Needs a Manufacturing Renaissance, when products and process technologies become interdependent, geographic proximity between research and development and manufacturing becomes more valuable. Everyone recognises Apple as a product innovator, but what is often less appreciated is that Apple also develops innovative manufacturing processes. Why is that? It’s not about cost. It’s because Apple’s innovative product designs often require equally innovative process technologies. By bringing manufacturing back to the US – where Apple designs its products – the company will be in a better position to coordinate its product- and process-innovation work.

Should Americans care that Apple plans to source a relatively small volume of its products in their country? And does this auger a “return to American manufacturing”, as some have suggested?

Some estimate that sourcing Macs from the US will create just 200 new jobs in there. And even if Apple (and other companies, such as Lenovo and Hewlett-Packard, who already source some products from the US) were to expand production dramatically in America, this would likely create relatively few jobs given the high degree of automation required to be cost-competitive in the US.

Still, as I noted above, a local production base can facilitate local innovation. And while automated manufacturing may not create a lot of factory-floor jobs, it is likely to create more high-wage jobs for production engineers, skilled maintenance technicians and managers.

Much of the supply chain, along with the associated engineering skills, for high-volume consumer electronics gravitated to Asia decades ago, and there remain serious obstacles to a major expansion in U.S. electronics production. America’s entire industrial commons associated with electronics manufacturing would need to be rebuilt for a wholesale rebirth to occur.

And yet Apple’s move might just be the spark that turns things around. There is some precedent in other industries for this kind of rebirth. Recall that prior to the 1980s, the American South wasn’t known for auto or machinery manufacturing. But then foreign automakers, including Toyota, Honda and Nissan, began building assembly plants in places like Kentucky, southern Ohio and Tennessee. At first, these efforts were derided as superficial appeals to increasingly protectionist American policymakers. All the high-value components were initially made in Japan, while the American plants focused solely on assembly.

But then things began to change. The foreign automakers in the region started to encourage – even require – their component suppliers to locate operations closer to their plants. And they began to train workers. When other foreign auto companies – such as BMW, Mercedes-Benz and Volkswagen – decided to locate some of their production in the US, they found it attractive to locate their plants in the South because that’s where they could find suppliers. And then other auto suppliers started moving south to serve the burgeoning market.

This industrial commons didn’t just support the auto industry. It helped companies in other industries looking to open plants in the South to find employees with advanced mechanical manufacturing skills. These firms included Boeing, Airbus and Caterpillar.

Toyota started a cascade. Only time will tell if Apple’s move will do the same thing.

Gary P. Pisano is the Harry E Figgie Jr Professor of Business Administration at Harvard Business School and a member of its US Competitiveness Project.