Will the Empire find a wealthy Avenue? 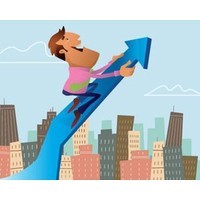 How and when does one monetise a social network or knowledge bank?

The highly-acclaimed film The Social Network portrays how the issue split the founders of Facebook. Right now, the co-founder and CEO of social media stockmarket game Empire Avenue, Dups Wijayawardhana, faces this issue, along with the broader one of deciding what business the Empire is really in.

After generating a buzz of excitement last year and attracting 100,000 users, membership activity is flat-lining and churn has set in. In a 2011 interview Dups talked of how the game had morphed and would morph again. But as member activity levels drift down, how much more morphing is possible before it needs extensive intravenous injections of morphine?

Empire Avenue can help you to expand your networks, engage potential customers and clients and get people (randoms) to talk (or appear to be talking) about your brand or product.

It can also help you evaluate your social media efforts. It is fun to play, and at first it can be addictive. But EA participation also demands time most days: 10 minutes for mindless key strokes to stimulate your share prices (measured in digital money “eaves”) and longer to learn more sophisticated investment strategies. Like poker, where the most cashed-up player has the better chance of winning, you can pour in real money to support your investments.

Depending on your social media interests it’s a fun game for well-educated retirees, a red hot marketing device, a valuable learning space, a lead generation and branding tool, or just another curious digital experiment/venture. Unless you’re fascinated by the game; or your business can see how a person’s EA activities boosts not just their company’s “likes” and tweets, but sales; the novelty wears off and the enthusiasm fades.

EA has singularly failed to attract corporate users. In the simplest applications, social media provides corporations with a new way to get feedback from customers, markets and the broader public; to have conversations with the social media activists and to pull in ideas for improvements and new products from the “crowd” – the crowdsourcing technique.

Corporations can attract plenty of positive and negative interaction without playing EA. There is little connection between the social media marketing successes of corporations such as Ford and ATT and their fringe Empire Avenue activity. These corporate members joined well over a year ago and are not anywhere near the EA share price leaders.

It is far too early to write off Empire Avenue. It will be interesting to see which direction emerges: a specialist novelty variation of Facebook, a tool that growing businesses use to build and strengthen their brands, a uniquely valuable cross-platform social media metric; or all three.

We will watch EA over the coming months to find out whether the particular avenue chosen by Dups and his team, aided by thoughtful contributions from enthusiastic players, is leading to a wealthy corporate empire or to the marketing cemetery of the living dead.

PS: Your likes and shares and comments are most welcome as they help my EA share price. Urged on by Potter (our resident marketing enthusiast), I have been playing for two months.