Women need to work to reach the board 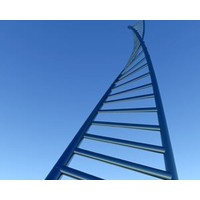 It’s accepted across the globe that women are under-represented in business leadership positions and that something should be done about it. To date, the focus has been on increasing the number of women invited to sit as non-executive directors on boards. The aspirational figure is 40% female representation, with some countries legislating quotas and others just setting targets.

While championing diversity in this way may have merit, it’s like treating a symptom rather than the disease. Quotas and targets seem too narrow a policy tool to address the underlying factors associated with the lack of women reaching the top.

My recent research, in association with Tom Kirchmaier from the University of Manchester, has found a strong correlation between the rates of full-time female labour-force participation and the number of women in boardrooms. That is, countries with more women working full-time have more women on boards.

It stands to reason that in order to gain the experience necessary to be a director, you have to have a career. Not all women, particularly those with children, are able to sustain one. Legislators need to look at developing policies that promote full-time employment by women to generate a pipeline of talent that can eventually perform leading corporate roles.

When most people talk about representation on boards, they are looking at the largest listed companies – the top 100, or maybe the top 200. Our research studied a more comprehensive sample comprising 9,888 listed companies in 22 countries: Australia, Austria, Belgium, Bermuda, Canada, Denmark, Finland, France, Germany, Greece, India, Ireland, Italy, Luxembourg, The Netherlands, Norway, Portugal, Spain, Sweden, Switzerland, the UK and the US.

We obtained the data from business intelligence service BoardEx for a 10-year period from 2001 to 2010. To ensure our sample was representative, we restricted ourselves to examples for which BoardEx covered at least 70% of the total market capitalisation of listed companies in that country and year.

Aside from the correlation between full-time work and representation on boards, our data revealed that female boardroom participation was actually lower than the usual surveys suggest. For example, the 2011 Davies Report for the UK found that “in 2010, women made up only 12.5% of the members of the corporate boards of FTSE 100 companies. This was up from 9.4% in 2004.” Our wider sample showed that the proportion of unique female directors on the boards of listed firms in the UK in 2004 was only 5.1% and in 2010 it was 6.5%.

To reach a board position, women need to stay in the workforce. But our evidence suggests that full-time employment may not in itself be sufficient. The level of government services to families also appears important. More services, such as childcare, make it easier for women to remain working and to pursue ambitious career paths.

A key adverse factor that is less easily addressed is the attitudes to women imposed by cultural barriers. It’s not surprising that there are fewer women on boards in the more traditional societies, where staying at home being a housewife is deemed to be equally as fulfilling as going to work.

It is possible that present diversity policies which target boards directly may help overcome cultural barriers in the long run, though they may also reinforce gender stereotypes. There are three main types of these policies: quotas, governance codes and disclosure requirements. It’s not necessarily clear that their effect is going to be unambiguously positive. Affirmative action can produce negative results when the unqualified or unprepared are placed in roles just to make up the numbers.

The magnitudes of female director participation are still low, but they do show a clear upward trend over time. To foster this progression, policy-makers should try to remove the impediments to full-time labour-force participation rather than simply trying to put more women on boards.

Renée Adams is the Commonwealth Bank Chair in Finance at the Australian School of Business.