Your commute can improve your relationship 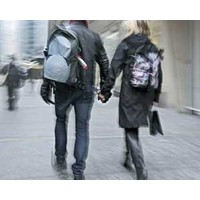 The finding: Partners who travel to work in the same direction feel more positive about each other than partners who don’t.

The study: Two graduate students, working under the guidance of professors Robert Wyer and Xianchi Dai at the Chinese University of Hong Kong, asked more than 400 married people to rate their satisfaction with their spouses and to describe the direction, distance and duration of their respective commutes. The researchers found a significant correlation between commute direction and marital happiness. In a follow-up laboratory experiment, strangers were randomly paired and assigned to complete a task. Those who walked in the same direction to do so were more satisfied with their partners than those who didn’t.

The challenge: Does moving in the same physical direction somehow make us more in sync emotionally? Professor Wyer, defend your research.

A: I wouldn’t have bet that the surveys, which were conducted in both the United States and Hong Kong, would show a link. But they did: people who commuted in the same direction as their husbands or wives were happier with their relationships than people who didn’t. We think that’s because moving in a similar direction symbolises the pursuit of similar goals.

My collaborators – graduate students Irene Huang and Ping Dong, and Xianchi Dai, another CUHK faculty member – had read that a lack of mutual goals is a big source of marital dissatisfaction. And commuting is a general source of discontent. So we set out to investigate those two ideas together. Of course, there could be alternative explanations for the findings: maybe spouses who work near each other have jobs that are more alike or find it easier to get together after hours. That’s why we did the study with strangers under controlled conditions in a lab. It permitted us to isolate the effects of moving in the same direction from other possible factors. And we found that randomly paired people were more satisfied with their partners when they walked in the same direction to complete their task, even when they didn’t follow the exact same route. The lab studies increased our confidence in our interpretation.

Q: My husband and I used to commute in the same direction, but now we don’t. Are we doomed?