You’re not Steve: three reasons to laugh and two to cry 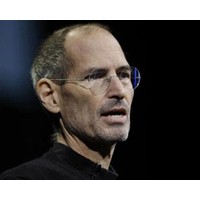 There has been a worrying trend since Steve Jobs’ death at age 56 last October for leaders to interpret his biography as a handbook for leadership success, as a witty story in the Wall Street Journal recently pointed out.

Some readers confess to wearing black polo neck sweaters, while others bought and distributed 60 copies of the book to their staff to “talk about at meetings”.

It is with heavy heart that your editor here at LeadingCompany enumerates three very good reasons why leaders should not emulate Steve Jobs.

Not fond of independence

When Steve Jobs returned to the helm of Apple (NASDAQ:AAPL) in 1996 he got rid of everyone on the board who didn’t agree with him and stacked it with supporters.

Jobs was convinced that he knew best. He did. He made a tremendous success of Apple under that structure.

From its parlous state one step away from bankruptcy he turned it into one of the biggest companies in the world.

One characteristic common to companies that collapse amid financial problems, fraud and corruption is lack of board independence.

One problem indicator is a dominant CEO (especially one who is also the chairman). Think about insurer HIH (CE and chair Ray Williams), which collapsed in 2001 or the notorious energy company Enron (Jeff Skilling, chair and CEO).

Jobs was not the chair of Apple until he stepped down as CEO in 2011 but he dominated the board.

And for leading companies? Sure, you might be a genius but you might not. Independent boards are there to protect shareholders from genii who are not quite as smart as they think they are or whose hubris leads them off track.

Jobs was 25 when his company listed in 1980 with a market value of $1.8 billion, netting him a personal fortune of $US256 million.

Jobs was notorious as a hot-headed guy prone to temper tantrums and was reportedly hated by his staff and managers at Apple in the early 1980s.

He made some people stars and insulted other and burst into tears after confrontations with anyone who disagreed with him.

His first biographer Lee Butcher argues in Accidental Millionaire that Jobs nearly precipitated Apple’s near collapse through this immaturity, arrogance and mismanagement, as The New York Times reported in 1987.

Jobs returned to the helm a better manager according to Michael Wolff’s 2006 story in Vanity Fair, where Wolff’s description reads like a list of management don’ts:

“There’s the mercurialness; the tantrums; the hours-long, dictator-like speeches; the famous, desperate, and transparent hogging of credit; and always the charismatic-leader complex (known widely as the Jobs ‘reality-distortion field’), through which he has been able to seduce and subsequently abandon so many of the people he’s worked with,” Wolff said.

“He may be as troubled and unsocialised (and also as charismatic) a figure in American business life as anyone since Howard Hughes.”

There’s a story about Steve Jobs getting on the phone to one of his staff, who was at church at the time, pointing out that the chrome yellow in the Google logo was not the right shade. It needed to be fixed. Now.

He reportedly worked seven days a week, 19 hours a day and struggled with depression and quirky eating habits.

His work ethic might be exaggerated but it is legendary.

In the lead-up to the release of the Macintosh software in 1984 Jobs bragged in the press that his team was working 90 hours a week. The brag was commemorated in a grey hooded sweatshirt printed with the tagline: 90 Hours A Week And Loving It.

It’s not just the risk of a confrontation with unions or a visit from the occupational health and safety regulator that makes the idea of encouraging or enforcing long hours a leadership no-no.

Extensive research shows that people are more productive when they work smarter, not longer and intelligence tells us that talented staff will leave if they feel exploited – even young, committed staff.

Steve Jobs learned from Apple’s mistakes with early products – such as the Newton (developed by the company while he was in exile), Apple’s failed answer to the palm pilot  – to mastermind the pivotal success strategy behind the iPod, iPhone and iPad.

Bradley told LeadingCompany today that Jobs’ ability to create an ecosystem around Apple’s products was the strategy that has secured the operation’s success.

“Think about the enormous, staggering success of the iPad. It is so easy to use and so intuitive. But the critical thing is building these ‘complementors’ that create an ecosystem around his products,” Bradley said.

“He made it easy to build apps and there are now one million. There is no way you can develop all those apps yourself.

“The operating system is enormously simple to use.

“You can buy a pair of Nikes and use an iPod or iPhone sensor to motivate you while you run!”

Although he was undoubtedly a great sales and marketing man Jobs ditched one of the central tenants of industrial design and product development – ask the customer.

Jobs transformed a suicidal business strategy – build it and they will come – into a successful one.

Bradley says: “Jobs’ tenet was not to go and ask your customers what they want.

“Everyone talks about asking their customer. He comes up with things that customers could get very excited about but can’t envision.

“People talked about smart phones for years but he came up with the iPhone and revolutionised that idea.”

Disclaimer: For decades Steve Jobs has been my personal hero (along with the Dalai Lama) as a leader who has had a massive impact for good on our world. I bought my first Apple Mac in 1987. It cost $11,000, had one megabite of RAM and 20mb of storage memory.

Professor Stephen Bradley will visit Australia in August for the annual Harvard Club 2012 Leadership Program, a week-long workshop on design and execution of strategy. He will be joined by Bruce Harreld, who specialises in entering Asian markets.