Balls to you, America: Underwear maker Comfyballs gets testy with US trademark office after nuts name ruling 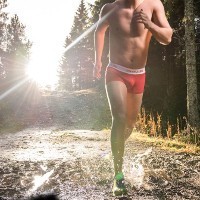 A Scandinavian men’s underwear company that operates in Australia is calling on the public to vote on whether its business name is offensive, after the name was rejected by the US Patent and Trademark Office last year.

Comfyballs had its trademark application rejected in the US in October 2014 because the name it operated under was found to be “immoral or scandalous”.

The US trademark office ruled that the term “balls” would be offensive to the majority of Americans.

The regulator relied on “internet evidence” and “multiple dictionaries” to back up its claim, arguing the term was scandalous because the US version of The Guardian does not broadcast the word because of its offensive nature along with the New Zealand Broadcasting Authority.

“According to the applicant, the term, ‘balls’, in the mark specifically refers to testicles and nothing else,” the USPTO said in its ruling.

“The evidence demonstrates that ‘balls’ is often considered to be vulgar slang for ‘testicles’.  Consequently, registration is denied because the mark includes a vulgar term which is immoral or scandalous, particularly in the context in which the applicant intends to use the term.”

This is despite businesses such as Nice Balls and Truck Nutz successfully obtaining US trademarks in the past.

While the trademark rejection does not mean Comfyballs cannot export its products to the US, it does provide a stumbling block for the company’s exports and plans to open an American bricks-and-mortar store.

In response, the company has now set up an online poll asking members of the public whether they think the business name is offensive. They hope to show their findings to the regulator in order to change its mind and grant a trademark to protect the business from any potential copycats.

Comfyballs head of Australian operations, Joel Azzopardi, told SmartCompany the business is running the online poll because it disagrees with the US trademark office’s refusal to grant registration simply because of the word “balls”.

“We believe that the US public – through feedback we’ve got from customers and people who want to be customers – don’t find it offensive either: Which is why we’re running this campaign to gather the voice of the US people and try to convince the trade office to change their mind on the decision.”

Comfyballs has an Australian trademark and the rights to sell in Australia and New Zealand. A trademark for “Comfyballs” has also been registered in Europe.

Jamie White, solicitor director at Pod Legal, told SmartCompany he had been involved in a case that overturned a decision by the Australian trademarks office by arguing “the F word” was no longer offensive.

But White says it is still possible for business names to be rejected in Australia if they are deemed “scandalous”.

“Under section 42 of the Trade Marks Act, if the trademarks examiner is of the view that the trademark being applied for contains or consists of scandalous matter, then they must reject the registration of that trademark,” he says.

Dr Lauren Rosewarne, a media and pop culture lecturer at Melbourne University, told SmartCompany she thinks the word “balls” is no longer offensive and is used widely in English-speaking countries.

“The idea that a man might want their balls to be comfy sounds like a sound marketing strategy rather than something offensive,” Rosewarne says.

“It’s a catchy and memorable name. I think Australians would like be less likely to be offended by this than others.”

“Many ball-related puns appear in newspaper headlines here and the idea of ‘getting some balls’ or ‘growing some balls’ are sledges without much perceived malice.”