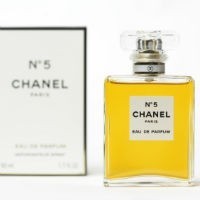 An Adelaide chocolatier says she is thousands of dollars out of pocket after luxury fashion giant Chanel forced her to change her logo, because it felt it was too similar to its iconic Chanel No.5 perfume.

It’s the latest Aussie company to take on a major international company in a trademark battle, after Sydney craft brewery Wayward Brewing took on SABMiller in a two-year trademark battle and won last year.

Alison Peck this morning told SmartCompany she has paid around $4000 in initial costs to change the branding for her small business, Chocolate @ No.5.

But Peck says Chanel’s demands did not stop at the logo change, saying the fashion powerhouse laid out a series of extra demands.

“The demands I felt they were making amounted to bullying, they were far beyond what they were legally entitled to,” Peck says.

In the letter of demand to Peck, Chanel’s lawyers asked that if she ever moved premises she would agree to rename her business from Chocolate @ No.5, which was derived from the company’s address at 5 Mount Barker Road, Hahndorf.

The €6.7 billion ($9.7 billion) company also demanded Peck agrees not to object and protect her own business if it ever attempted to apply for a trademark within the chocolate class.

“There were also various other undertakings they wanted, it really got a bit silly,” says Peck.

The issues started for the small business when Peck discovered a chocolate business in Melbourne with a similar name to her business through social media.

Read More: Why Man with a Van’s Tim Bishop has spent more than $100,000 battling copycat companies

“There was a business with an almost identical name in Melbourne that also made chocolate. So I thought, I better protect my brand,” Peck says.

Peck went through the trademark process and expense with IP Australia earlier this year, with the final opposition period – where anyone can contest a trademark – due to wrap up this month.

While Peck was granted preliminary approval from the trademark regulator, Chanel caught wind of the trademark claim and sent Peck the letter.

“I got a bit of a shock when I received it, I went into panic mode,” she says.

But Peck, who has operated her business since March 2010, says while she never signed any of Chanel’s “bullying” demands and Chanel has said it will “monitor” the business, she thought it was best to change her branding rather than attempt to fight the retailer.

“I haven’t got the time or the financial backup to fight them. The time would kill us, it was just not worth doing,” she says.

NDA Law director and partner John MacPhail told SmartCompany a company has no legal basis to make such demands on another business.

“They can ask what they want, but equally she can refuse,” says MacPhail.

But MacPhail says if a brand is trading on a cultural trope created by another brand, they can’t be surprised if they get a knock on the door from lawyers.

“If you decide to choose an edgy logo and edgy name… And the only way it’s culturally understood is by a trope created by a world famous brand, don’t be surprised when the world famous brand’s lawyers try to stop you,” he says.

But Peck has decided to look on the bright side, saying, “It’s not bad to make a change.”

“It’s alright. All that we want to do is make good chocolate for our customers, serve them yummy hot chocolates and sugar waffles – we don’t want to be dragged into any great big legal battle,” she adds.

SmartCompany contacted Chanel but did not receive a response prior to publication.