Country Road accused of “heinous” rip off of Melbourne designer 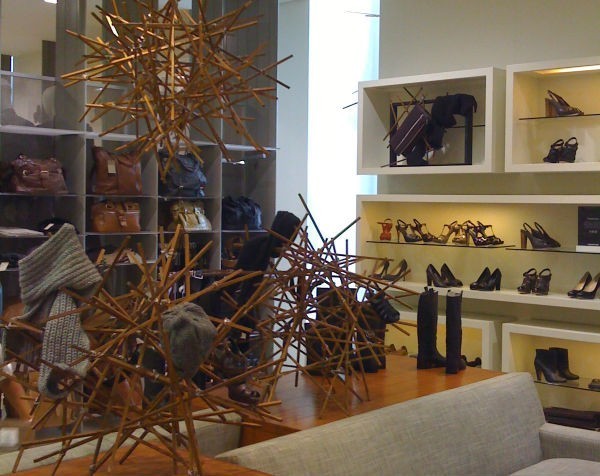 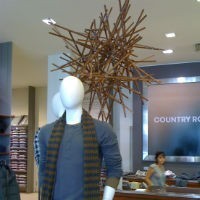 Read more: How to protect your business from copycats and what to do if you get ripped off

“It does grate on you at the end of the day you think these guys got away with it,” Gaylor says.

“They claim to be about Australian design but they’re not really.”

Gaylor approached SmartCompany with his claims after reading about how many small businesses are claiming companies including Kmart and Target are ripping off their designs.

Mance Design’s studio has roller doors at the front and in warm weather the business opens up the roller doors so everyone can see inside.

“On a few occasions people from Country Road asked if they could come in and ask if they can come around,” Gaylor says.

“They particularly liked one product, our hedgehog light, it’s a spherical form that’s sculpted like a noxious weed,” Gaylor says.

Choy asked Mance Designs what it could come up with and do with a budget of $20,000 for one installation suspended from the ceiling.

Mance Designs’ original drawing of the installation above, and Country Road’s version below.

Mance Designs then emailed rough estimates of costings and also three options in a written format.

“We designed a number of installations but they were very loosely sketched as we were cautious that nothing had been paid for”, Gaylor says.

“We exchanged a few emails then the emails just stopped.”

The Mance Design team were unable to get hold of anyone at Country Road until in late September, Gaylor’s former business partner, Christopher Boutsinis, telephoned Choy to ask what had happened with the project, and was told that it had been shelved.

“Some time later we got phone calls from people who said have you just done the fit out for Country Road?,” Gaylor says.

“They pretty much copied our product, the Hedgehog, as closely as they probably could,” Gaylor says.

Mance Designs’ ‘Hedgehog’ above, and Country Road’s version below

Country Road then used this fit out and display for all its flag ship stores across the country.

“The biggest concern we had, was that people who knew our work and who had seen these installations, believed we had been responsible for these works,” he says.

“County Road has clearly copied the idea in its form and overall aesthetics, yet failed to deliver on the quality, hence we feel this diluted both the quality of our brand and our work.”

Mance Design approached Country Road with its claims of copying and sent an invoice to Country Road for design fees, totalling $2,420.

Boutsinis received a telephone call from Choy in response who said “We could not afford any alternatives… so we decided to have our own workshop and create our own concepts”.

Mance Design told Country Road it would undertake legal action within seven days if the invoice was not paid but Choy then sent an email refuting any assertion that the work was copied, referenced or in any way borrowed from Mance Design.

Mance Designs sought legal advice but decided the costs and time involved in pursuing Country Road were better spent on building their business.

“We thought how much will this cost to get Country Road into court?  We are a small business and we don’t have silver lined pockets to really fight Country Road.”

Gaylor says as a small business the Mance Design team decided to put their effort and energy into creating new designs.

“We were pretty young and naïve then.”

Now when people come in and ask for samples or sketches Gaylor says Mance Designs often just says no.

“Sometimes we feel that it comes at the cost of a job.”

Sacha Laing, chief operating officer of Country Road, told SmartCompany he could not comment on the claims as they were too long ago.

Laing says Country Road works hard to ensure the integrity of its designs.