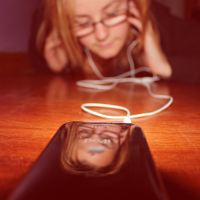 There’s been a bit of talk recently about getting internet service providers (ISPs) involved in the enforcement of copyright law. The federal Attorney-General and Minister for Communications recently released an Online Copyright Infringement Discussion Paper in the belief that:

even where an ISP does not have a direct power to prevent a person from doing a particular infringing act, there still may be reasonable steps that can be taken by the ISP to discourage or reduce online copyright infringement.

Exactly what might be “reasonable steps” and how they might be funded are among the subjects up for discussion. Critics fear that it means turning ISPs into copyright police.

Before evaluating any new steps, it’s worth recalling digital copyright measures that have been implemented before – to see what worked, and what didn’t.

Software makers struggled with illegal copying of software long before the media industry came up against the internet. Beginning in the 1980s, software makers developed a variety of schemes seeking to prevent people from making copies of software without paying the original software maker.

By the 1990s, digital audio technology had progressed such that listeners were able to make high-quality copies of music. Like the software industry before it, the music industry turned to technology that sought to prevent CDs being used with copying devices.

Since CDs were not originally designed to prevent copying, most schemes violated the original CD specification in some way. This meant that copy-protected CDs could be unreliable and even damaging. In the most infamous case, Sony’s Extended Copy Protection system was found to install a “rootkit” – a hidden piece of software usually associated with viruses – on computers.

A digital watermark is a signal inserted into a media file that cannot be heard or seen by humans, but can be recovered by a computer.

Watermarks were supposed to prevent or deter copyright infringement in various ways, but the nearest they came to commercial implementation was through the Secure Digital Music Initiative (SDMI).

SDMI went on hiatus in 2001, citing a lack of agreement on the suitability of the available technologies. Watermarking technology probably just didn’t work well enough: watermarks were either too easy to remove, or too audible to listeners.