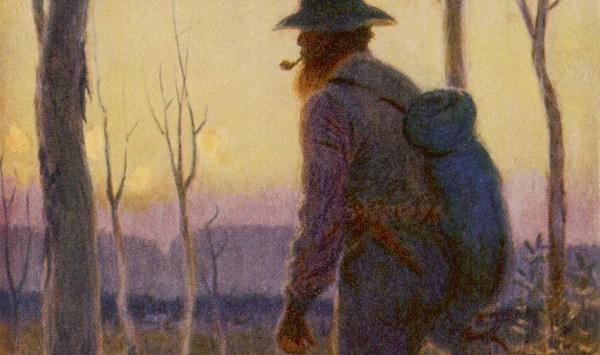 A production company that has applied to extend its trademark over its brand use of the title of iconic Australian song Waltzing Matilda has come under fire from Banjo Paterson’s family and even Prime Minister Tony Abbott.

WM Productions, a Geelong-based media and production company, is attempting to secure an extended trademark for name of the famous bush ballad.

The company registered the trademark back in 1998 to cover film and cinema goods and claims and while the original application was contested by Winton Shire Council and the Waltzing Matilda Centre, it was confirmed in 2002.

WM Productions applied to extend the trademark in June, upsetting Paterson’s family who didn’t know about the original trademark.

Mayor of Winton Butch Lenton has also weighed in on the debate, telling the Courier-Mail he has met with the Prime Minister and deputy prime minister to discuss how the recent application would affect the town in central west Queensland.

The Waltzing Matilda Centre is concerned the extended trademark could impact the commercial future of the new centre, which burnt down recently and is about to be rebuilt, while also limiting its use of merchandise and marketing.

However, John McPhail, director at NDA Law, told SmartCompany he doesn’t believe did not the trademark extension WM Productions applied for in June represents a “great expansion” of the trademark.

“It’s quite odd, they’ve already got a trademark for Waltzing Matilda in particular typeface, they’ve just refiled it, in plain words,” he says.

McPhail says the iconic song has previously been ruled to be “so well known it had outgrown its origins and exclusive links with the Winton council or centre”.

And it seems as though WM Productions is not the only business that has secured rights to use the Waltzing Matilda name.

McPhail says there are “quite a few” trademark registrations on Waltzing Matilda out there, citing a Tasmanian business owner who was successful in registering the trademark on various things within her chain of Australiana-themed restaurants.

“Just because Winton is the birthplace of Waltzing Matilda, doesn’t give them greater rights to trading and branding rights, there is no natural consequence because of the origin of the song,” he says.

“It’s a question of facts, which can be quite detailed, about who’s got the rights to it and a detailed forensic process is needed to determine to who started first.”

“Really its inevitable, with a piece of heritage capable of significant commercialisation, you will get people jumping on it and trying to get a piece of it.”

MacPhail says in Australia, there are some marks or names deemed so important you can’t trademark them, such as ANZAC for example.

“There are specific words ruled unregisterable by regulation, it’s possible for this to be done, although unusual in a commercial context,” he says.

SmartCompany contacted the legal representative for WM Productions and Winton Shire Council but did not receive a response prior to publication.