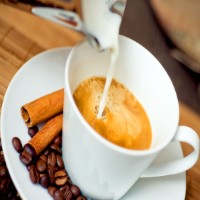 Coffee giant Vittoria has won a trademark dispute that went all the way to the High Court against one of its competitors, Caffe Molinari.

Vittoria is owned by Cantarella Bros while Caffe Molinari is distributed in Australia by Modena.

The two businesses have been embroiled in a legal dispute over the use of the Italian words “cinque stelle” which means five stars and “oro” which means gold.

Both Vittoria and Caffe Molinari use the words in their advertising and the dispute ended up in the Federal Court and then on appeal to the High Court.

The High Court considered the correct application of the test for distinctiveness of trademarks, particularly as it relates to trademarks which are not commonly understood by the general public, in this case foreign language words.

While the words “cinque stelle” and “oro” may not be understood by the ordinary public, they are commonly used by traders of coffee products in Italy to signify the quality of their coffee products.

On appeal, the High Court overturned the Federal Court’s ruling that the registration of the trademarks should be cancelled.

The High Court emphasised that, in determining whether a trademark consisting of a word or words is “inherently adapted to distinguish”, it is necessary to consider the “ordinary signification” of the word or words to persons in Australia concerned with the goods to which the trademark is to be applied.

The court found that “oro” and “cinque stelle” were not shown to convey a meaning or idea sufficiently tangible to anyone in Australia concerned with coffee goods as to be words having a direct reference to the character or quality of the goods.  Accordingly, the court held the trademarks were inherently adapted to distinguish the goods for which they were registered from the goods of other persons.

The High Court awarded costs against Modena, the distributor of Caffe Molinari.

A spokesperson for Vittoria said in a statement the High Court judgment “vindicates the enormous effort that Vittoria has made, over many years, in the development of its brands”.

The spokesperson said Vittoria will continue to take whatever action is needed to protect its intellectual property rights.

Amanda Pagent, director of Modena, said in a statement the business had used the words “Cinque Stelle” and “Oro” in connection with coffee products for many years internationally and in Australia, certainly before the registration of those Italian words as trademarks in Australia by Vittoria.

Pagent said she had not foreseen any difficulties with continuing to use these words in Australia on Molinari products.

“Modena changed the nomenclature of the words in issue to “Five Star” and “Qualita Oro” over a year ago,” Pagent said.

“Consequently, it does not anticipate any negative commercial effect from today’s High Court decision.”

“It’s a positive for people trying to register trademarks that are allusive rather than directly descriptive,” he says.