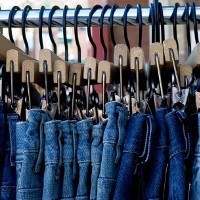 The New Zealand arm of retail chain Jeanswest has been ordered to hand over $NZ50,000 ($A48,000) in additional damages to denim brand G-Star RAW, after selling 63 pairs of jeans modelled on the design of G-Star’s biker jeans.

After a lengthy court battle, in which both parties appealed decisions by the High Court in Auckland, the New Zealand Court of Appeals ruled this week Jeanswest actions amounted to “flagrant infringement” and “blatant copying” of G-Star’s design.

Jeanswest New Zealand sold the 63 pairs of its ‘Dean Biker’ jeans in 2010, having been sent the jeans by Jeanswest Australia.

G-Star RAW, the Australian franchisee which is currently in voluntary administration, argued the design of the jeans infringed on its copyright in its ‘Elwood’ jeans, but while Jeanswest admitted to selling the jeans, it rejected the claim that the design was a copy of the G-Star product.

In 2013, the High Court in Auckland ruled Jeanswest was liable for ‘secondary copyright infringement’ and the retailer was ordered to give G-Star $NZ325 ($314.24) – the profits it made on selling the 63 pairs of jeans.

Jeanswest appealed the decision and G-Star RAW cross-appealed, leading the case to be tried in the Court of Appeal.

While the court heard the number of jeans that were imported by Jeanswest NZ was relatively small, the jeans were considered a “talker” in the clothing retail industry, or a product that is intended to test the market to see if further pairs of jeans should be imported.

The court also took issue with Jeanswest’s defence, calling out what it called “glaring inconsistency between Jeanswest NZ’s persistent denial of copying on the one hand, but on the other hand its decision not to call either of the witnesses who could have substantiated that denial”.

The Court of Appeal upheld the High Court’s finding of secondary copyright infringement and found Jeanswest NZ was also liable for primary infringement, and said it was wrong for the High Court not to originally award G-Star damages.

The High Court had previously granted a permanent injunction to restrain Jeanswest from further infringing on G-Star’s copyright but this was set aside by the Court of Appeal.

“In proceedings of copyright infringement, a court may take into account all of the circumstances, including the flagrancy of the infringement and any benefit accrued by an infringing party,” White says.

“A court can also include an element of punishment.”

White says the case is a warning to all businesses on secondary copyright infringement.

“Generally, secondary copyright infringement occurs when a party materially contributes to, facilitates, induces, or is otherwise responsible for directly infringing acts carried out by another party,” White explains.

“In the context of this case, secondary copyright infringement has occurred as a consequence of Jeanswest importing the jeans, in which copyright subsists, into New Zealand whilst knowing, or having reason to believe, that the jeans were an infringing copy.”

White says Jeanswest Australia would have known the jeans were an infringing copy and by imputation, Jeanswest New Zealand also had that knowledge.

“All business owners should be aware that if they import and sell a copy of another’s original work, then they will potential be liable for copyright infringement,” White says.

“It will not be acceptable for a person to hide behind their failure to make appropriate enquiries as to their entitlement to sell the relevant goods. Therefore, they cannot avoid a claim of secondary infringement on the basis that a third party, not associated with a copyright owner, asserted that the sale of the goods was permitted.”

SmartCompany contacted Jeanswest and G-Star RAW but did not receive a response prior to publication.