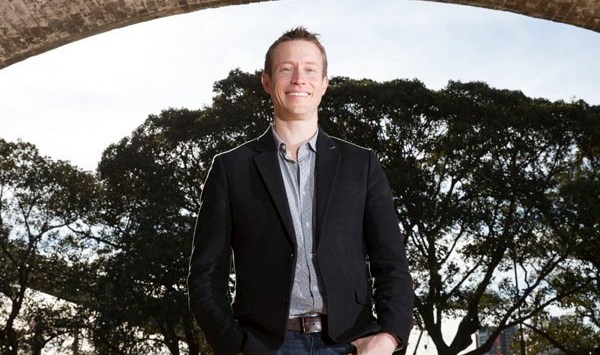 “This is just big business tactics to stop us using a great slogan.”

Australia Post is embroiled in a trademark stoush with courier business Sendle over its “post without the office” slogan.

Co-founder and chief executive of Sendle, James Chin Moody, was surprised to receive a letter from Ashurst lawyers, on behalf of Australia Post, opposing the application on the grounds it is “substantially identical” and “deceptively similar” to a cluster of Australia Post trademarks.

“This is just big business tactics to stop us using a great slogan,” Moody told SmartCompany this morning.

Moody says Sendle came up with the slogan when thinking about how to encapsulate the service it offers which is to offer door to door delivery at “cheaper than post office prices”.

“The phrase that stood out for us was ‘post without the office’ and we trademarked that a while ago,” he says.

This is not the first time Australia Post has moved to defend its intellectual property with the national mail provider unsuccessfully claiming a company called Digital Post Australia infringed its trademarks in 2012.

“That tied them up all the way to the Federal Court,” Moody says.

“We don’t want to go on that journey if we can help it.”

Moody says Sendle is fortunate as the trademark in question is just a slogan and not the name of his company.

“Australia Post is making huge losses at the moment is this how they should be spending taxpayers moneys trying to stop a small startup?” he says.

Sendle has stopped using the slogan and is seeking legal advice but Moody says the word post is a generic term and he is not intimidated by Australia Post’s opposition.

“Getting a letter from Ashurst, is always a moment to step back and say ‘wow’” he says.

“It does give you pause. But at least it shows they see us a serious competitor now.”

Sendle closed a $1.8 million funding round in April this year and while Moody will not reveal the startup’s turnover he says it is growing at about 60% a month.

“I just want to get on with business and create an alternative for consumers,” he says.

“The issue is whether the mark is deceptively similar,” she says.

Owen says as Australia Post has only filed a trademark opposition rather than an infringement notice it would appear the carrier does not regard any infringement as significant.

“Sometimes companies use trademark oppositions to prevent dilution of their rights on the register,” she says.

Owen says it’s a good strategy for small businesses to register a trademark for any slogans but the question is whether it is worth defending against any opposition.

“If you are thinking about filing trademarks you want to take a view of the risks of not getting your trademark through as otherwise you do your dough,” she says.

“At every point in time you have to decide where to invest your money. It might cost $15,000 or $20,000 to defend the opposition and you might decide as a small business it’s not worth your time.”

A spokesperson for Australia Post confirmed to SmartCompany the national provider has opposed an application for the trademark.

“As the matter is before the Trademarks Office and the process is ongoing, we have no official comment at this stage,” the spokesperson said.