A starter culture business in New South Wales is embroiled in a trademark dispute with international energy drinks brand Monster over allegations the smaller business’s name infringes its trademarks.

Ferment Monster has been operational since March 2015 and sole-trader Natalie Brookes applied to register a trademark for her brand’s logo in November 2015.

But not long after, Brookes received notice that Monster Energy was opposing her trademark application on the grounds her logo was deceptively similar to its own. The larger company also objected to Brookes’ use of the word “monster.”

“For a word that can be found in every English dictionary, how can a single corporation have exclusive rights to the word ‘monster’,” Brookes told SmartCompany.

Believing the case is worth fighting, Brookes set up a crowd funding campaign to help fund her legal battle against the international company. So far, the campaign has raised $1,030 of the needed $25,000, but Brookes is pressing ahead with her opposition anyway.

“I lodged my notice to defend on Tuesday, and now there’s a bit of a waiting period as I wait to hear Monster Energy’s response,” Brookes says.

“I’m undertaking this process not just for my business, but for small businesses everywhere.”

Brookes is concerned about the frequency larger companies “bully” small businesses into changing trademarks, saying it occurs “all the time.” Brookes is determined not to let Monster win this case, believing her case is very “clear cut.”

“I sell bacteria and yeast fermentation starter cultures which empower people to create their own health foods. I do not sell any end products, no food or drinks,” Brookes says. 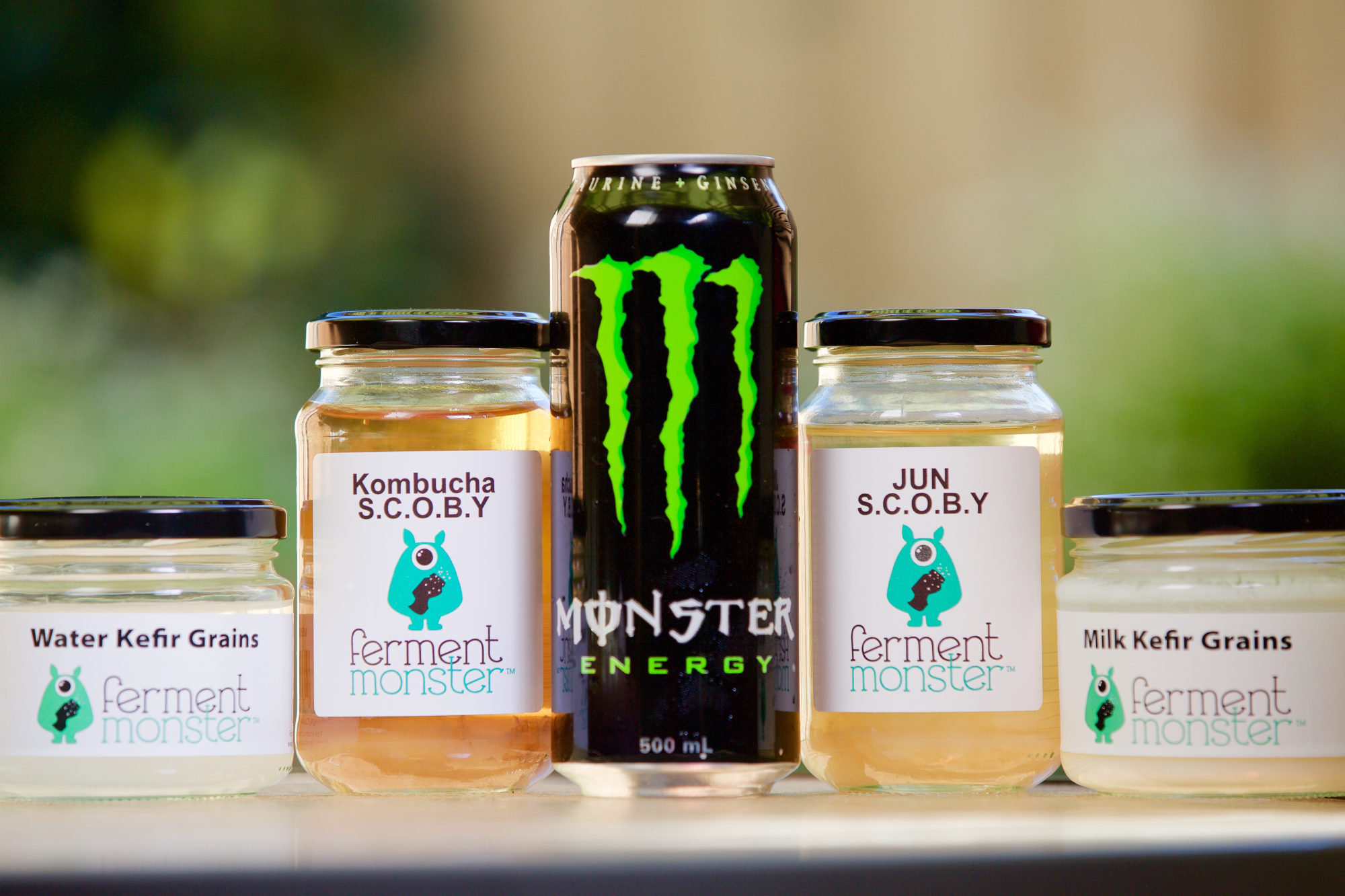 “I’m not just going to roll over for this company, I’ve put everything into my business, and with these cases you stand to lose so much.

“Once a business gets targeted like this, it just stops you in your tracks. You don’t just lose money, but time and energy, and a lot of businesses just believe it’s too hard.”

Brookes’ business started from a hobby and a passion, and she sells her products independently to health food stores, having a history working in the sector. She realised fermented food and drinks was a growing industry, and turned the hobby into a business to fill the niche in 2015.

“We eat fermented food all the time, chocolate is fermented, so are olives. The rise of products like Kombucha means the industry is going to keep growing,” Brookes says.

Brookes says she has received an outpouring of support for her campaign, both locally and online, saying it has been “overwhelming”.

“The support from the community has been incredible, and I’ve been doing interviews to get the word out there,” she says.

“Once a company like Monster targets a small business like me, there is no “get out” clause, you’re in for the ride whether it’s valid or not.

“A lot of people find it too hard to fight, but this is a matter of principle for me”

SmartCompany contacted Monster Energy but did not receive a response prior to publication.

Hey Natalie. Just go get Red Bull and V to sponsor you 🙂
They would LOVE the publicity over stupidity on their competitor.
Got nothing to loose.. let us know how you go….

SmartCompany! Why wouldnt you include a link to her kickstarter campaign? What a waste of an opportunity for her.