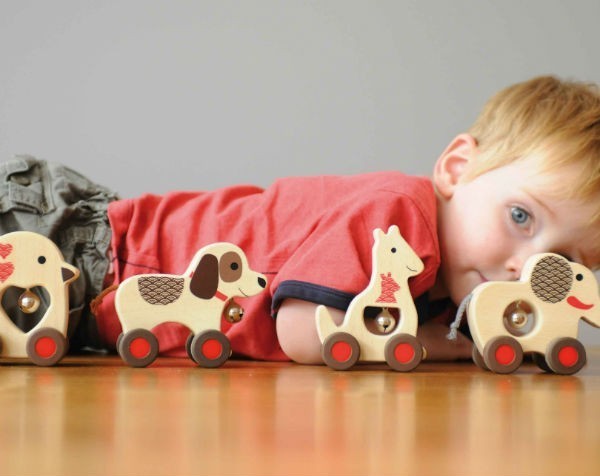 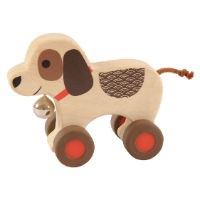 A children’s toymaker wants other small businesses to come forward if they fear their designs are being copied after claiming Kmart ripped off the design of one of its wooden toy products.

The claim adds to a growing list of allegations in the past week from small businesses that believe their designs have been ripped off by a large discount retailer.

Naomi Green is the co-owner of Tiger Tribe, a company she runs with her husband that specialises in producing Australian-designed and illustrated children’s toys.

The pair started Tiger Tribe out of their home garage in 2007, and eight years on, now have their own office and warehouse and employ full-time design staff.

Green told SmartCompany Tiger Tribe was started with the idea it would be an “antidote to the mass market” of children’s toys.

“Our focus has always been our products have to be designed by us,” Green says.

Green believes Kmart copied the design of Tiger Tribe’s wooden dog toy in the Baby Bell Rollers range after it released a product in 2013 that was similar in almost every way except materials and price.

She says at the time it was stocked, Kmart’s wooden toy product cost $2 while the Tiger Tribe toy was retailing for $19.95.

Green, who is a former lawyer who used to work in intellectual property law, says she was first alerted to the Kmart design when some of her customers contacted her in 2013, but she chose not to pursue legal action because of the costs.

The Tiger Tribe toy above and Kmart’s version below.

“We chose not to pursue any legal action because as a small company, we did not have the resources – in time or money to invest in the case,” she says.

Green says she can understand why a lot of small companies are put off by the costs involved in pursuing litigation.

“I can make a decision based on my knowledge of law, most don’t know,” she says

Green told SmartCompany yesterday she wanted to come forward with her story after hearing about other small designers’ claims Target was selling items ripped off their designs.

“I think the pressure is on designers from above in these places, to get it out fast, to be fashion forward – designers are expected to create with a limited time and budget,” she says.

But from a small business perspective, Green says it’s “pretty soul destroying” to discover someone copying your design, especially when the product is undercutting yours on price.

Small businesses must come to market with a point of difference and cannot compete with multinationals, Green says.

“You can’t compete on price, you have to compete on uniqueness,” she says.

“And when a major takes uniqueness away by copying – a small Australian business has nothing left.”

Green hopes coming forward with her story will encourage more small businesses to speak out if they think they have been copied.

“We may not have money and resources to put into fighting legal battles, but we can use our voice in the public arena to make others aware of what is happening,” she says.

A Kmart spokesperson told SmartCompany this morning the retailer stocked the Wooden Puppy toy, which retailed for $2, during the Christmas period in 2013, but said the product was not a copy.

“Our preschool buying team look at trends in the marketplace when deciding on products. However, Kmart’s Wooden Puppy toy was not developed based on Tiger Tribes’ Baby Belle Rollers product and the team were not aware of the company at the time,” the spokesperson says.

“Kmart has diligent processes in place in regards to intellectual property.”

i don’t understand how k-mart can sell their wooden toys for the prices they do. As a toy shop owner I want to make sure my products are ethically made and safe for children made from plantation wood, not composite, non -toxic paint, made by properly paid adults and designed intelligently and beautifully – I expect the toys to reflect these qualities in the price. How can K-mart possibly be following this process and sell the toys at the prices they do? Are they just selling things at a loss for some kind of tax benefit to the larger company? Are they pursuing an “endless investors” model – like Amazon – just to take over the whole market, only to increase prices when no one else is left? Or are they taking short cuts with production – not paying workers properly in foreign countries – I imagine the pressure on production factories to produce at these prices – must put incredible pressure on workers, and would be paid VERY little, perhaps sub contracting out from China to other desperate countries where conditions are shocking. I find it impossible to see how Kmart can be following an ethical framework in production- if they claim to be – they must have some deniability inolved in where things are ACUTALLY made. At worst – I suspect hapless Australians are buying little toys for their little children made by other little children far less fortunate than they. But it seems if the price is low – no one dares ask why?