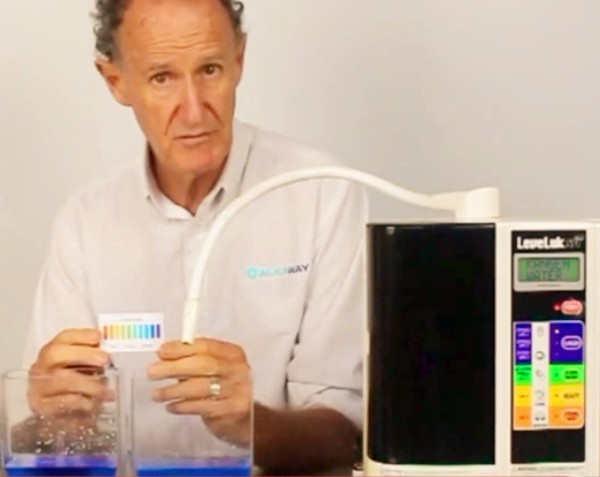 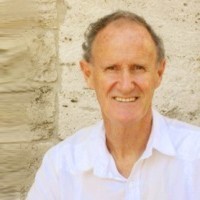 Small business owner Ian Hamilton has been left devastated, becoming embroiled in a courtroom battle over his business name and concept with a former friend and business partner.

Ian Hamilton and his partner Cassie Bond started Ion Life 15 years ago. Ion Life was the first Australian company to import and promote alkaline water ionizers, which separate the minerals in water into acid and alkaline streams.

Hamilton says he introduced a close friend, David Forsyth, who was living in the United States, to the products.

Hamilton and Bond allowed Forsyth to use Ion Life’s name and told the manufacturer of the ionizers that he was a good seller for them.

“We asked a small commission per unit sold [about 1%] and were surprised when his new general manager in his new office in low-tax Reno, Nevada decided we had not earned it and convinced our friend to stop paying.”

Last year, Hamilton and Bond rebranded Ion Life after being advised it sounded more like an insurance company than an alkaline health company.

The rebranded AlkaWay was turning over $2 million a year in Australia but shortly after the name change Hamilton claims Forsyth rebranded Ion Life USA to AlkaViva.

Then Hamilton learned Forsyth’s business had contracted out the rights to sell its products to a doctor in New Zealand who registered the trademark AlkaViva in Australia and New Zealand.

“We were astounded to hear that IP Australia had awarded them a trademark so close to ours in name, form, colour, capitalization and prefix. We decided to challenge the ruling and launched our own court case, still in progress,” Hamilton says.

“We were also astounded to hear that our old friend had somehow secured the sole distribution of our Korean water ionizer for Australia and New Zealand. Our Korean supplier of 12 years simply told us we had not sold enough, and ceased supplying parts. Naturally we were not amused, and protested very loudly. They finally agreed that all the thousands of ionizers we still had under warranty would be serviced by the new distributor, AlkaViva.”

Now AlkaViva repairs are now run by AlkaViva USA and AlkaWay’s ex-customers have being told to send their ionizer to the US for repair.

“Naturally enough, customers were not happy…  in some cases not at all happy, and we took the brunt of their abuse because they could not contact AlkaViva USA and refused to believe that we were no longer involved,” Hamilton says.

“It was very hard to explain to people that we were no longer the distributor and that the Korean company had arranged with AlkaViva USA to manage repairs, and confusion reigned, fed considerably by the likeness in names.”

Hamilton says the court case between AlkaViva and AlkaWay continues to “drag on”.

“The law seems to be saying that unless we can prove without doubt that AlkaViva intentionally chose ‘AlkaViva’ as the name for use in Australia to cause confusion, we may not win,” Hamilton says.

“And our customers are stuck in the middle.”

Jamie White of Pod Legal told SmartCompany while he could not comment on AlkaWay’s case, the best way to protect a business name, or any brand name for that matter, is via trademark registration.

“Only a registered trademark will provide proprietary rights in a business or brand name,” White says.

“The mere registration of a company name, business name or domain name will not result in legal ownership of a business or brand name.”

White says unfortunately there is little that a person can do to prevent another from registering a business name.

“The Australian Securities and Investment Commission may refuse registration of a business name if it too closely resembles a pre-existing business name,” he says.

“However, if a person does successfully register a business name that closely resembles your business name, you may enforce your intellectual property rights against them. Ideally, you will have a registered trade mark to do so. Otherwise there are other laws, such as the Australian Consumer Law, to rely upon.”

SmartCompany contacted AlkaViva but did not receive a response prior to publication.