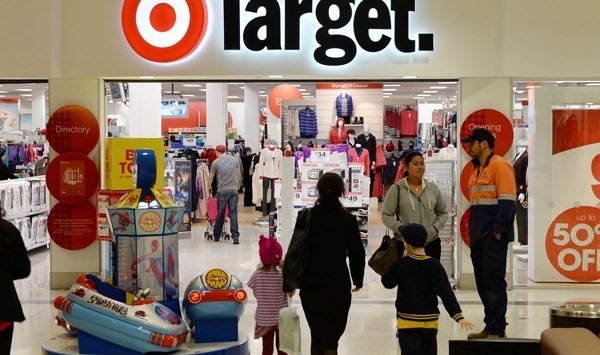 Target may not love being referred to as “Tar-jay” but that hasn’t stopped the Aussie retail giant battling it out to secure the term’s trademark from online retailer Catch of the Day.

Catch of the Day filed trademark applications for the logo “Tar-jay by Mumgo.com.au” in May 2013, on the same day an article appeared in BRW reporting Target was going to use the trademark Tar-jay as part of its marketing strategy.

Target opposed the application before the Australian Trademark Office arguing the use of the trademark by Catch of the Day would be misleading and deceptive.

The term Tar-jay has been used in the Australian media since 1983 and “Tar-jay” entered UrbanDictionary.com in 2008: “Target Store said with a fake French accent to make it sound more upscale than it is.”

The Delegate of the Registrar described Tar-jay as a “colloquial pronunciation developed from consumers” and “an endearing term, suggesting that [Target] is akin to an up-market French boutique, or that its goods are exclusive or prestigious”.

However, the Delegate found Target’s goods are well-renowned in Australia as being very affordable.

“The colloquial pronunciation may reflect the unexpected quality and style of the products sold by [Target],” the Delegate said.

The Delegate considered when a parody becomes a rip-off and found the case law each time turned on the facts of the case.

“It is likely in my consideration that a person shopping on the [Catch of the Day’s] website and seeing the trade marks will be misled into believing that it is either shopping on [Target’s] website, or on a website operating under the auspices of [Target] or with its sanction or licence, or that there is a link between [Catch of the Day] and [Target],” the Delegate found.

Cate Nagy, a partner at law firm King & Wood Mallesons, told SmartCompany the case is a significant decision in the area of trademark law and parody “which is traditionally quite a murky area”.

“Because there was this association in the mind of consumers between the terms Tar-jay and Target that consumers were likely to be misled,” she says.

“Parody is likely to be quite murky because if it is an obvious parody it can be very difficult to take action in that circumstance.”

Nagy says the test considered by the Delegate is focused on consumers having some sort of connection in their mind with the original mark.

“It’s a very fine line between what will be a parody that’s actionable and what won’t be”, she says.

Nagy’s advice to businesses seeking a trademark is that “original is always best”. “Be cautious if you are trying to draw some sort of allusion or parallel to some other traders name or mark even if it is done as a parody,” she says.

A spokesperson for Target told SmartCompany the Target trademarks are well known and are frequently pronounced as Tar-jay and this was one of the reasons the store decided to register term as a trade mark.

“Based on this use, we believe consumers were likely to be misled or deceived into believing that goods sold under the trademark were sold by Target, or were associated or affiliated with our brand. Target Australia was pleased it was successful in defence of the trade mark Tar-jay,” the spokesperson said.

Gabby Leibovich, founder of Catch of the Day, says he has no further comments to add to the matter.

“The issue was resolved, and we’re getting on with what we do best – providing Australians the best deals at the lowest prices,” he says.