Topshop legal battle: Rihanna the only girl in the world to approve her merch 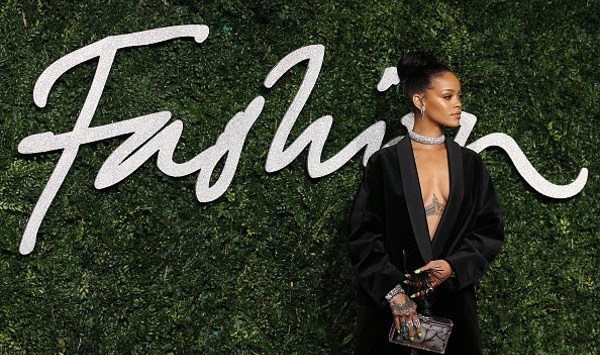 Rihanna is well known for her love of fashion

Pop star Rihanna has won a legal battle against British retailer Topshop, which used her image on a t-shirt without her permission.

Britain’s Court of Appeal last night upheld a ban on the store selling a singlet featuring an unauthorised image of Rihanna taken at a video clip shoot, after she successfully sued Topshop’s parent company Arcadia for £3.3 million ($A6.1 million) over the shirt in 2013, according to the BBC.

Lord Justice Kitchin and Lord Justice Underhill agreed with the original ruling by Justice Birss, which found Topshop was “passing off” the item as having been approved by Rihanna.

Topshop’s lawyers argued Justice Birss had misunderstood the law on celebrity merchandising. According to the BBC, Geoffrey Hobbs QC argued the shirt was a “decorated T-shirt” similar to merchandise featuring images of stars such as Elvis Presley, Jimi Hendrix and Prince.

But all three judges unanimously dismissed the appeal, which is understood to be a landmark ruling on celebrity merchandise in Britain.

The star has an endorsement deal with one of Topshop’s main high-street fashion competitors, River Island. While Topshop opened its doors in Australia in 2012, there are rumours River Island will soon follow with a bricks-and-mortar presence down under.

SmartCompany contacted Topshop to ask if the shirt was stocked in its Australian stores but did not receive a response prior to publication.

The takeaway from this @Topshop court case? Don’t put @rihanna’s face on your stuff: http://t.co/i2cwPCO6Sv pic.twitter.com/y0LIxm3cmC

Jamie White, solicitor director and owner of Pod Legal, told SmartCompany there are several laws in Australia that protect image rights, particularly when it comes to selling merchandise that bears a celebrity’s image.

“For example, a celebrity whose image has been displayed on a t-shirt without permission might give rise to an action for ‘passing off’,” says White.

“An action for passing off occurs when one party – the celebrity – alleges that another party – the seller of the merchandise – is misrepresenting, or passing off, a connection that does not exist.”

White says this can include taking advantage of a person’s established reputation in the market place.

“Put simply, the tort of passing off might be relied upon by a celebrity to protect his or her goodwill,” he says.

The unauthorised commercial use of a celebrity’s image could also give rise to an action under Australian Consumer Law, according to White.

“Specifically, the are provisions in the ACL that prohibit a person, in trade or commerce, from engaging in conduct that is misleading or deceptive or is likely to mislead or deceive,” he says.

“The ACL also prohibits a person from falsely representing that particular goods or services have been endorsed by, or affiliated with, another person. It is likely that this provision of the ACL would also be relied upon by a celebrity attempting to prevent a person from taking financial advantage of their celebrity status.”

White says any Australian business attempting to sell a product featuring an unauthorised image of a celebrity may face legal action.

“Those who engage in this type of conduct really are taking a big chance and face the prospect of financial consequences via court orders,” White adds.