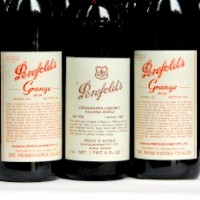 Treasury Wine Estates is embroiled in a trademark battle in China over one of Australia’s most well-known wine brands, Penfolds.

But the winemaker told SmartCompany this morning it is confident it is the lawful owner of Penfolds’ Chinese name, ‘Ben Fu’, and is “totally committed” to protecting the flagship Penfolds brand.

Fairfax reports three versions of the Ben Fu name have been registered by Li Daozhi, who also uses the name Daniel Li, and another man called Li Shen.

This is not the first time Li Daozhi has been involved with a trademark dispute with an international company, with a Chinese court last year ordering French winemaker Castel pay Li Daozhi the amount of Yuan 33.73 million ($A5.8 million) for trademark infringement. While Castel is appealing the judgement, Fairfax reports it has since relaunched its products in China under a different brand.

A spokesperson for Treasury Wine Estates confirmed the company is in legal action to protect “the integrity of the brand”.

“Treasury Wine Estates is confident it is the lawful owner of the trademark for Ben Fu in China and our legal challenge to those claiming this trademark was initially successful,” says the spokesperson.

“However, the individual concerned has subsequently appealed this decision. This appeal is still pending and it will take time for the Chinese legal system to process the matter.”

K&L Gates partner Jane Owen told SmartCompany businesses manufacturing or trading in China need to be aware of the company’s trademark laws, which are substantially different to regulations in Australia.

While companies or individuals which register trademarks in Australia have to intend to use the trademark, Owen says this is a criteria which has not yet bee addressed in China’s laws.

“It is highly recommended, whether you are doing business in China or manufacturing there, that you seek to register your trademarks in both Latin characters and Chinese characters, and that you get advice from a marketing expert in China about the various ways you can represent your trademark.”

Owen says many Western companies have been “slow off the mark” when it comes to dealing with trademarks in China and that gives trademark “squatters” an advantage.

“Trademark squatting is not a new phenomenon but given the size of the Chinese market, it is important for all businesses to consider when trading on a global stage,” says Owen.

“All businesses need to take these matters seriously and get good advice both locally and in China.”