A guide for small business: The legal changes you need to know about for the new financial year 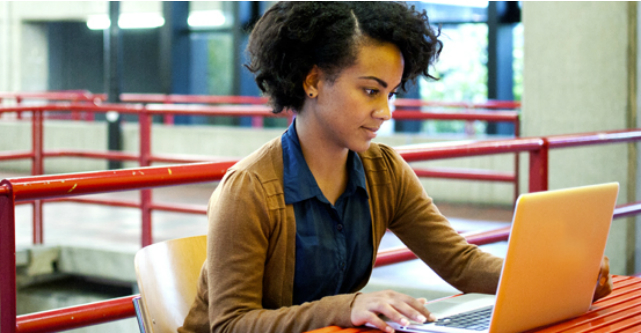 It’s that time of the year − not only do SMEs have to get ready for tax time, they have to prepare for a raft of legal changes that will affect smooth sailing in the year ahead.

We’ve already covered off the changes to the tax system in the new financial year so today SmartCompany takes a look at the major legal changes you have to look out for after July 1.

The new national minimum wage will increase to $16.87 an hour, or $640 a week, on July 1 and will apply from the first pay period on or after that date.

“A lot of employers in the small business space will pay employees in accordance with an award, so it will be up to them to actually pass on the rate increase to employees,” K&L Gates special counsel Belinda Copley told SmartCompany.

Casual loading for award-free employees is also going to increase on July 1, up from 24% to 25%.

“This will apply to employers who employ casual staff who are award-free but get casual loading,” says Copley. “It will be slightly easier now than it was in the past, because 25% will bring it in line with all the award-covered employees.”

Copley also says it’s a good time of year for employers to do a modern awards compliance audit. She says it is particularly important to have an annual review if any staff are paid an annual salary, such as admin staff covered by the clerk’s private sector award.

“Employers need to annually review the salary paid to those employees and make sure that it is sufficient to cover the amount of overtime they’re doing and the amount of weekend work, etc. It’s a good a time of year to say, OK, the rates are increasing, so let’s make sure the rates we’re paying across the board are covered.”

“What this means is that calculating wages is about to become a whole lot simpler,” James said in a statement.

“This makes it easier for employees to work out what they should be earning. Employers, too, can access the Fair Work Ombudsman’s simple online pay tools to work out the correct pay rates for their staff.”

“What that means is, award-free employees who earn more than $133,000 won’t be eligible for unfair dismissal application,” says Copley.

She says this is particularly important for any employers who are currently performance managing high earning individuals and considering an exit strategy for them.

“They might just want to make sure that somebody who they thought didn’t have rights for unfair dismissal, might just gain them overnight.”

From July 1, the tax free threshold that applies to a genuine redundancy payment will increase, which is relevant if you have made or intend to make an employee’s position redundant and will have to pay them a redundancy.

For Victorians, the Accident Compensation Act, which is the work cover legislation that’s been in effect since 1986, will be repealed on July 1 and will now only relate to injuries which occurred before July 1 2014.

If there is an injury to a worker on or after July 1, the new Workplace Injury Rehabilitation and Compensation Act will take effect.

Kim Cunningham, senior associate at M+ K lawyers, told SmartCompany it is important for employers to be aware of a section of the Accident Compensation Act that covers employers if an employee starts a job with pre-existing injuries, and fails to disclose that injury.

“If they fail to make a disclosure of a pre-existing injury and they suffer an aggravation of that injury in their employment, they may not be covered under workers’ compensation,” says Cunningham.

She says with the introduction of the Workplace Injury Rehabilitation and Compensation Act, employers will have to change the name and section number of the act in their pre-employment declaration when asking employees about existing injuries.

Brad Twentyman, director of superannuation at Pitcher Partners, told SmartCompany it is important for employers to note the change in superannuation guarantee, to protect themselves from any possible claims of compensation that may arise from over contributing.

“As an employer, if you’re aware that your employee might contribute above the contribution limits, it would be prudent to point out to the employee that they might want to seek some advice. If they think there’s a problem, employers should get on the front foot,” says Twentyman.

While employers must pay attention to this year’s rise, they will have some respite from increases in the coming years, with the next increase not due until June 30, 2018.

If you are in the hospitality or building industries, be aware that chefs, bricklayers and wall and floor tilers will be added to the Skilled Occupation List from July 1.

Andrew Douglas, principal at M&K Lawyers, told SmartCompany that although privacy law changes already came into effect in March this year, they have only really started to impact business now, as we see substantial fines placed on companies who breach the laws.

The laws make it more difficult for businesses to collect information about consumers without their knowledge, and include changes to:

Douglas says many workplace ‘wellbeing’ programs may be at odds with these laws and urges employers to take a closer look to avoid the possibility of being prosecuted.

K&L Gates partner Jane Owen told SmartCompany the most significant amendments in the bill relate to the compulsory licence provisions of pharmaceuticals and the creation of a single governance body for patent attorney registration and patent prosecution for Australia and New Zealand.

Other amendments include an extension of the jurisdiction of the Federal Circuit Court to include plant breeder’s rights matters, a repeal of unnecessary document retention provisions in the Patents, Trade Marks and Design Acts and minor technical amendments to the Patents Act to correct oversights resulting from the Raising the Bar Act.

Other things to consider:

Experts also told SmartCompany that SMEs should keep the following on their radar over the next 12 months: