A hairy situation: Small business wins costs but has to pay penalties after long-running case with the ACCC 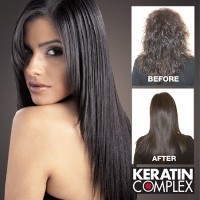 Haircare products importer Dateline Imports has been fined $85,000 but has been awarded costs by the Federal Court following a long-running legal action by the Australian Competition and Consumer Commission.

The case revolved around Keratin Complex Smoothing Therapy, a product imported by Dateline Imports and sold to local hairdressers June 2009 and November 2010.

Back in 2010, the ACCC alleged Keratin Complex Smoothing Therapy “contained formaldehyde at concentrations greatly in excess of the level permitted by Australian State and Territory Regulations for products of this type”.

During the lengthy and largely unsuccessful prosecution, the ACCC also alleged advertised claims by Dateline Imports that Keratin Complex contained at least 35% natural keratin were false and misleading.

In August, the Federal Court handed down a judgment on the matter. It found that while Keratin Complex Smoothing Therapy did not contain 35% natural keratin, the ACCC failed to prove it contained any dangerous or toxic chemicals, or that it contained formaldehyde.

In the decision, Justice Rangiah stated there “was no basis for any recall of the products”, noting in his judgment that the ACCC was “largely unsuccessful in respect of [its prosecution of] the formaldehyde representations”.

The judgment also noted the keratin issue had no bearing on the effectiveness of the product.

In a statement issued by the ACCC in August, ACCC Commissioner Sarah Court defended its action on the grounds that Dateline Imports had allegedly misled consumers over keratin levels.

“It is important for consumers to be able to rely on representations by manufacturers about the composition and benefits of their products, especially personal products where the consumer is unable to assess these claims,” Court said.

“The ACCC is disappointed that the court did not accept its allegations in relation to formaldehyde concerns with this product, as we commenced these proceedings due to safety concerns for consumers and hair salon workers being exposed to formaldehyde.”

In its most recent press release on the matter, the ACCC left out the original formaldehyde accusations, highlighting only the false or misleading representations aspect of the case.

But Dateline Import’s managing director David Taylor told SmartCompany the case was more complicated than the ACCC makes out in its statement.

“The manufacturer in the brochures claimed it contained 35-40% keratin in the brochures, which was not the case. What we did is we used their exact advertisement here. We didn’t make the claims – they were from Keratin Complex in the US.”

“When the judgment came out, which was some months ago, we won the formaldehyde and safety issue.”

Taylor says that while Dateline Imports has no plans to put the Keratin Complex Smoothing products back on the market in Australia, he notes the product is still readily sold in many countries throughout the world, including the US.

Court told SmartCompany the case is the latest in a string of credence cases bought by the ACCC.

When asked about costs being awarded against the ACCC, Court noted that while the judgment was not in front of her, it is not surprising in the circumstances.

“It’s court so it’s unsurprising. The court had found that the ACCC hadn’t made its case about the formaldehyde. There was a clash of scientific experts,” Court says.