“A lot more companies will go to the wall”: warning as major solar developer collapses 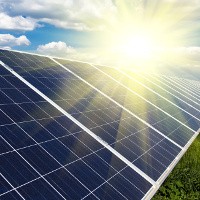 One of the major players in the Australian solar industry has collapsed into administration, the latest victim of a “roller coaster” market.

Chris MacDonnell from Restructuring Solutions is now managing the business.

The collapse follows the liquidation of family business the Solar Guys earlier this year and an earlier spate of collapses in the solar industry.

Ingenero was founded in 2008 and became one of the largest solar installers in Australia with a focus on commercial solar installations and leasing solar systems.

The company was well respected in the industry and was involved in many major contracts including with Woolworths Caltex.

Ingenero’s collapse calls into question the $23 million solar plus storage facility at Rio Tinto’s Weipa operations in North Queensland which Ingenero was working on with First Solar.

SmartCompany understands many smaller suppliers and contractors have been left without payment.

One supplier told SmartCompany he had lost “a fair bit of money” in the collapse.

The supplier became suspicious a few weeks ago after his calls to Ingenero went unanswered and the company’s switchboard just went through to a strange answering service.

“We rocked up on [Ingenero’s] doorstop to say ‘Where’s our money?’”

That’s when the supplier was told Ingenero was in administration.

He was told “you go in the queue” and that one investor had lost $3 million.

“There will be more of this in the industry,” the supplier predicts.

“It’s very risky for the big players with big overheads as it is a rollercoaster ride, particularly with the uncertainty with the renewable energy targets.”

He says there will be even more uncertainty if the government removes the small scale renewable energy scheme.

“If that scheme is abolished you will see a lot more companies go to the wall. It will probably halve the industry.”

SmartCompany contacted Restructuring Solutions for comment but did not receive a response prior to publication.