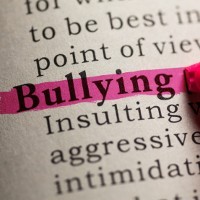 A senior employee of the Australian Bureau of Statistics has failed in his bid for an order to stop his managers from allegedly bullying him, with the Fair Work Commission ruling this month what the employee perceived to be bullying was in fact “ordinary” performance management.

In one of the first cases to test the federal anti-bullying legislation in the public service, senior deputy commissioner Lea Drake found the ABS had attempted to address the employee’s performance on a number of occasions, which led to claims by the employee that he was treated “like a slave”.

The unnamed employee told the commission his manager, identified as PR, told him to “go back where I came from” and “constantly intimidate[d] me to terminate my employment”.

“He constantly makes hurtful remarks and makes me feel less important and undervalued,” the employee said.

The employee said PR spoke to him “in a condescending manner which has been humiliating” and the experience has “impacted on every aspect of my life”.

“He is making my life miserable which has affected my health adversely,” he said.

But the ABS rejected any suggestion that the employee had been bullied and the commission agreed, noting evidence provided by the ABS and PR that genuine attempts were being made to manage the employee’s work performance.

“I accept that it is the applicant’s honestly held belief that all action taken to manage his performance has been motivated by a desire to establish a reason to terminate his employment,” said Drake.

“That perception of a malevolent motivation, and an apprehension of termination of employment as an outcome of that conduct, has given rise to significant health issues for the applicant. The applicant is concerned about his continued employment and the financial stability of his family.”

“[But] I am not persuaded that there is any justification for the applicant’s belief. All of the material which I have considered demonstrates an ordinary exercise of management prerogative. I am satisfied that the respondent’s managers are managing the applicant’s performance in an ordinary fashion.”

Anthony Massaro, principal at Russell Kennedy Lawyers, told SmartCompany this case is another example of the Fair Work Commission’s “reluctance to interfere in management decisions in the bullying jurisdiction”.

While Massaro says earlier bullying cases involving claims of unreasonable actions by management have set out principles that will guide future decisions by the commission, this decision is “another duck in the line”.

But Massaro says it’s important that employers don’t “fall into a false sense of security”.

“Bad management decisions can still be the subject of WorkCover claims or unfair dismissal claims,” he says.

Massaro says it is essential for any employer to make sure any performance management process they go through with an employee is “justifiable and clearly attributed to poor performance or a particular behaviour”.

He recommends an employer collect documentary evidence to support their actions throughout the process, including from previous occasions when performance issues have been raised.

Massaro says when dealing with bullying or sexual harassment claims, SMEs must “act on them promptly”.

“The longer you leave it, the more likely it is going to be a big thing and you could be named in a WorkCover claim that affects your premium or named in a bullying claim,” he says.

“If you act on the claim quite promptly, you have a much better chance of resolving it in house.”

SmartCompany contacted the ABS but the department declined to comment further on the case.