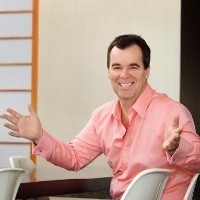 The consumer watchdog has instituted proceedings in the Federal Court against best-selling property investment author Rick Otton and his business We Buy Houses for alleged breaches of the Australian Consumer Law.

Otton is the author of How to Buy a House for a Dollar, which was rated as one of the Top 10 Most Popular Business Titles for 2013 by Money Magazine and Dymocks.

The Australian Competition and Consumer Commission claims Otton made representations to consumers that by attending seminars and boot camps they would be able to buy a house for $1; buy a house using little or none of their own money; and build property portfolios without their own money invested and without new bank loans.

The seminars and boot camps range in cost from $2997 to approximately $17,000 for a mentoring program.

The ACCC claims the strategies do not enable consumers to buy a house for $1 but rather involve consumers acting as middlemen to facilitate property transactions between third party sellers and third party buyers.

The alleged representations were made in a number of mediums since at least  January 1, 2011 including in published materials, on websites and during various events such as seminars and “boot camps”.

Otton is travelling so was unable to answer SmartCompany’s questions but provided a statement defending his business and book.

“It seems that the ACCC thinks that the public are fools, that they will take the title literally and think that they only need a dollar to buy a house,” he said.

“It’s a sad day when the ACCC thinks the Australian public is that foolish that they don’t understand that the dollar is just the start of the process.”

Otton claims the expression is often used in business that you can buy a business for $1, that is, for the value of the debt owed by the business.

Otton says the We Buy Houses “technique” involves buying a property where the loan repayments on a house are creating hardship for the owner, and the loan amount is so high that the owner cannot sell the house for enough money to pay out the loan.

“Why wouldn’t the owner welcome someone new who can step in, agree to buy the house and pay out the loan down the track?” he says.

“The ACCC is taking a literal interpretation of the title, it’s like saying the book Fifty Shades of Grey is misleading because it’s not about paint colours, or that David Niven’s memoirs, The Moon’s a Balloon, isn’t about the moon.”

ACCC chairman Rod Sims said in a statement that the watchdog is concerned the strategies promoted by We Buy Houses and Otton “target vulnerable consumers who don’t qualify for bank loans or who are having difficulties meeting their mortgage repayments”.

Otton came under scrutiny in 2013 when his seminars in Western Australia were banned by the Department of Commerce on the basis of misleading advertising.

The matter is listed for a directions hearing in Sydney on April 1, 2015.