ACCC drags US business to court for representations made in Australia 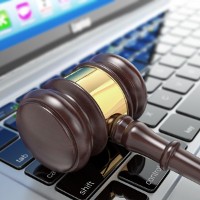 Australia’s consumer watchdog is flexing its muscles by hauling a US provider of computer games to court over alleged false and misleading representations made to Australian gamers.

While Valve Corporation does not have a physical presence in Australia, as it provides online computer games to Australians through its Stream distribution platform, it is subject to Australian Consumer Law.

The Australian Competition and Consumer Commission launched legal action against Valve on August 29, alleging it made a number of false and misleading representations to Australian consumers, including that consumers were not entitled to refunds on games sold through Stream; that Valve had excluded, restricted or modified statutory guarantees or warranties relating to product quality; that Valve was not obliged to repair, replace or provide a refund if the consumer had not attempted to resolve an issue with Valve; and that statutory consumer guarantees did not apply to the games sold by Valve.

ACCC chairman Rod Sims said in a statement Australian consumers are protected by Australian Consumer Law, regardless of where the company selling to them is based.

“The Australian Consumer Law applies to any business providing goods or services within Australia,” said Sims.

“Valve may be an American-based company with no physical presence in Australia, but it is carrying on business in Australia by selling to Australian consumers, who are protected by the Australian Consumer Law.”

“It is a breach of the Australian Consumer Law for businesses to state that they do not give refunds under any circumstances, including for gifts and during sales,” said ACCC chairman Rod Sims in a statement.

“Under the Australian Consumers Law, consumers can insist on a refund or replacement at their option if a product has a major fault.”

SmartCompany contacted Valve Corporation but did not receive a response prior to publication.

However, Doug Lombardi, Valve’s vice president of marketing, told Kotaku the company is cooperating with the consumer watchdog.

“We are making every effort to cooperate with the Australian officials on this matter while continuing to provide Steam services to our customers across the world, including Australian gamers,” said Lombardi.

In the absence of an Australian operation, Little says there could be “issues in terms of enforcing the types of judgment the ACCC will be seeking”.

“At the end of the day, it is not easy to enforce a judgment on an overseas company,” says Little.

While Little says there are means of enforcing judgments in overseas jurisdictions in civil lawsuits, overseas courts generally won’t recognise a foreign entity’s ability to enforce a penalty.

Little says the ACCC will be hoping Valve chooses to comply with any order in relation to its treatment of Australian consumers, but if it doesn’t, the regulator may be forced to pursue other avenues for relief, including contempt of court actions.

The fact that Valve is an online business also makes the ACCC’s task difficult, says Little.

“It is very difficult to stop a website operating,” says Little.

Little says online businesses will also often attempt to use one set of consumer trading conditions across multiple countries and therefore it is extremely likely the terms “will collide with someone’s consumer protection laws”. In these cases, the terms should be modified for different territories.

“What they should have done is say, ‘Australian consumers, please note’”, says Little.

He says it’s a lesson for Australian businesses selling in other countries.

“If you are trading in other jurisdictions it would be very worthwhile to make use of local lawyers to ensure your terms apply with local consumer protections.”