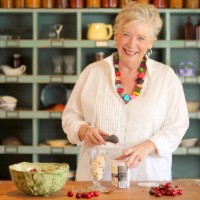 Celebrity chef and former Senior Australian of the Year, Maggie Beer, has entered into an undertaking with the Australian Competition and Consumer Commission over misleading product labels.

Beer’s successful business, Maggie Beer Products, has acknowledged its conduct was likely to have been misleading and in breach of the Australian Consumer Law.

These products are made in Victoria and Queensland but are labelled with “Maggie Beer A Barossa Food Tradition” and with Beer’s address “Maggie Beer Products: 2 Keith Street Tanunda South Australia 5352”.

The ACCC found as a result of these representations in close proximity on the labels, “a reasonable consumer” would have gained the overall impression that each of these products was manufactured in Tanunda, the Barossa Valley or South Australia.

Maggie Beer Products also made representations at a fair event and in correspondence with Woolworths that the four products were made in South Australia or were otherwise “local” products.

ACCC chairman Rod Sims said the ACCC pursued Beer as consumers are often willing to pay premium prices for local products, so protecting the integrity of credence claims made about food products is a priority enforcement area for the regulator.

“The Barossa Valley is a nationally recognised premium food and wine destination, and businesses in that region use place of origin claims to promote or distinguish their product from others in the market,” he said in a statement.

“Misleading representations about the origin of products to capitalise on this demand undermines the integrity of credence claims which are relied on by consumers and, equally important, can harm competing producers whose products are made locally.”

Maggie Beer Products has cooperated with the ACCC’s investigation and is amending its labelling so that the place of manufacture for products made outside of South Australia is made clear to consumers.

Beer is also publishing an article in Food Magazine about the issue and has released a video on her website.

In the video, Beer says she makes “200 or so” products for Maggie Beer Products and, of all of those, only four are made interstate.

“It all starts here in this Barossa kitchen. If we are unable to take products into the wider market place because of lack of equipment or technology, we first look to South Australia to find the right partner and only then, if we need to, do we look interstate,” she says.

Beer says she has “never hidden” that the four product lines are not made in the Barossa or in South Australia.

But Beer says “I understand and accept” that labels must be “100% accurate”.

Beer told SmartCompany she was “shocked and horrified” by the claims and says she has never hidden where Maggie Beer Products are produced.

“I want to unreservedly apologise to anyone who feels they have been misled I am horrified that anyone feels that way,” she says.

Beer says she does not feel she has been unfairly targeted by the competition watchdog.

“I think the ACCC have a really important job to do, there is no way I ever felt there was anything we were doing wrong,” she says.

But Beer did agree the investigation feels like a storm in a teacup or perhaps a verjuice bottle.

“I can’t say I’m happy that I’m under the spotlight like this but I’m happy any misconception can be cleared up,” she says.

The undertaking follows the ACCC’s run in with Saskia Beer, Maggie Beer’s daughter, about false or misleading claims about the origins of her company’s pig meat.