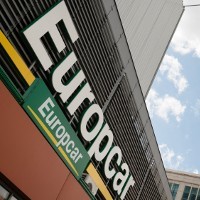 The consumer watchdog has launched legal proceedings in the Federal Court against Europcar Australia claiming a number of terms in its car rental contracts are unfair.

The Australian Competition and Consumer Commission claims Europcar has engaged in misleading or deceptive conduct about the liability cover provided to car hire customers.

In particular the ACCC is targeting Europcar’s “Damage Liability Fee” of up to $3650 if a car is damaged or stolen, or if there is third party loss, irrespective of fault and terms making the consumer fully liable to where a consumer breaches the rental contract, no matter how trivial the breach and regardless of whether the breach caused the damage or loss.

The ACCC also alleges Europcar engaged in misleading or deceptive conduct and made false or misleading representations on its website regarding the maximum amount a customer would be liable for if there was loss or damage to the rental vehicle or third party loss.

The watchdog is seeking declarations that certain terms in Europcar’s rental contract are unfair and therefore void along with injunctions and penalties.

ACCC chairman Rod Sims says consumers have little time to properly assess their rights and obligations under car rental agreements and no opportunity to negotiate.

“The ACCC is concerned that Europcar’s standard consumer contracts contain terms that, if applied, impose unlimited liability on consumers in certain situations which the ACCC alleges is unfair,” he said in a statement.

A spokesperson for Europcar denied the allegations made by the ACCC.

The spokesperson said it has always been Europcar’s policy that any potential contract breach is treated seriously and occurs only after review by serious management.

“We are disappointed that the ACCC has taken this action and it will be robustly defended,” the Europcar spokesperson said in a statement.

This is the second unfair contracts case the ACCC has pursued since the introduction of the unfair terms regime over four years ago.

Melissa Monks, special counsel at law firm King & Wood Mallesons, told SmartCompany car rental providers have had some forewarning, having come under scrutiny from consumer lobby groups and regulators over the last few years for allegedly dense and complex terms that are extremely one sided.

“The ACCC is using the unfair terms regime strategically to challenge very broad liability clauses that impose responsibility on consumers for loss or damage including in circumstances where the consumer’s breach of contract may be trivial or where loss is not related at all to their breach of contract,” she says.  “Liability and indemnity clauses are commercially important terms and ones that are at risk of being unfair terms.”

Monks says businesses with a standard form consumer contract should take care to ensure such clauses are not framed excessively and that they have a legitimate business interest to protect in imposing such clauses.

“Otherwise they run the risk of having a liability clause in contracts with hundreds, sometimes thousands, of customers that they cannot rely on,” she says.

A directions hearing is listed for February 5, 2015.