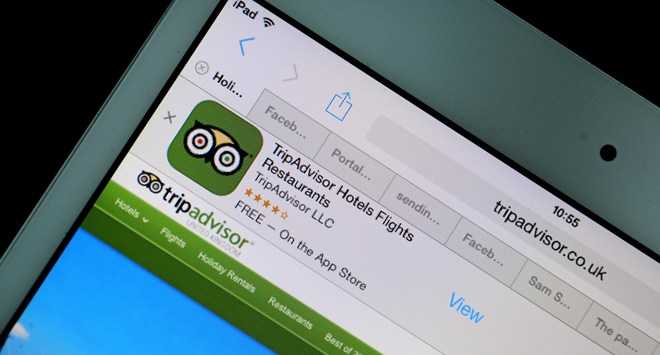 Apartment developer Meriton says it will defend itself against claims from the consumer watchdog that it deliberately attempted to prevent customers from posting negative reviews on online review platform TripAdvisor.

Online review platforms have previously been forced to tackle the issue of fake reviews appearing on their sites, however, one consumer law expert has told SmartCompany businesses should know that attempting to minimise the number of negative reviews in order to create a more favourable impression of a business may also attract the attention of regulators.

On Thursday, Meriton denied it had deceived or misled members of the public, after the Australian Competition and Consumer Commission revealed it has initiated proceedings in the Federal Court against Meriton Serviced Apartments.

The ACCC will allege actions taken by Meriton employees to attempt to minimise the number of negative reviews about the business on TripAdvisor amounted to misleading and deceptive conduct and that senior management at the company directed the conduct.

The conduct in question allegedly occurred between November 2014 and October 2015, and first came to light last year when a former Meriton employee told the ABC that company staff were told not to email TripAdvisor feedback forms to guests of Meriton Serviced Apartments that had complained about their stay.

The unnamed employee said at the time all Meriton customers were suppose to receive the feedback forms, however, staff allegedly used a tactic called “masking”, which involves adding extra letters to the email addresses of guests who have complained so that the email containing the feedback form bounces.

The claims were investigated by TripAdvisor at the time, which a spokesperson for the company told SmartCompany was necessary “to ensure the integrity of our system and content”.

While the ACCC did not directly refer to the ABC report on Thursday, it described conduct of a similar nature when explaining its claims against Meriton.

“On several occasions Meriton engaged in the conduct in respect of the majority of guests that stayed at one of its hotels during periods where infrastructure or services failed, such as no hot water or a lift not working, in an attempt to ensure that guests would not receive TripAdvisor’s ‘Review Express’ prompt email in case they left an unfavourable review,” the watchdog said.

“We allege that Meriton’s conduct was a deliberate practice, undertaken at the direction of Meriton’s senior management, aimed at minimising the number of negative reviews,” said ACCC commissioner Sarah Court in a statement.

“This practice was likely to create a more positive or favourable impression of the standard, quality or suitability of accommodation services provided by Meriton.”

The ACCC will seek pecuniary penalties, declarations, injunctions and costs against Meriton, as well as court orders requiring Meriton to publish corrective orders and implement a consumer law compliance program.

In a statement provided to SmartCompany, Meriton said the company was first made aware of the alleged conduct in October 2015 and since that time, it has been cooperating with the Commission.

“The masking of emails is a critical business tool intended to be used to ensure marketing paraphernalia is not sent to guests which were ‘blacklisted’ from Meriton,” the company said.

“Reasons for blacklisting include fraudulent, illegal or anti-social behaviour towards other guests or staff.

“When it was discovered that the system has been overused or improperly used, Meriton took immediate steps to revise its internal procedures.”

The company said it has more than 1 million guests stay at its serviced apartments each year and “the number of incidents of concern is comparatively low”.

ACCC cracking down on “distorted” reviews

How businesses use and respond to online reviews is an increasing area of focus for the ACCC, according to Melissa Monks, special counsel at King & Wood Mallesons.

While the watchdog has previously focused its efforts on businesses that have posted fake reviews or that have misrepresented consumers’ rights under the Australian Consumer Law (ACL), Monks says the ACCC is changing its approach.

“It has recently taken a different angle, investigating businesses that either seek to stop consumers giving potential negative reviews … or where they deliberately omit to post them, or they remove them,” she says.

Monks says most business operators understand that making up or editing a customer review can breach the law, “but they often don’t appreciate that conduct that distorts the true picture and gives a much more positive impression than is actually the case can amount to misleading conduct and likewise breach the law”.

“For example, deleting negative feedback posted to a business’ social media, only providing instructions for posting online reviews to sympathetic customers or cherry picking the best reviews to approve for posting, can all result in a far more favourable impression of a business and its goods and services, distorting the reality, and as such, can amount to misleading conduct under the ACL,” she says.

When it comes to buying goods and services online, many consumers rely heavily on online reviews as they “can’t get a first-hand experience with online stores and businesses until they purchase, compared to bricks-and-mortar stores”, says Monks.

“Given this, I think the ACCC will continue to proactively investigate and take action where businesses may be distorting the outcome of such reviews,” she adds.