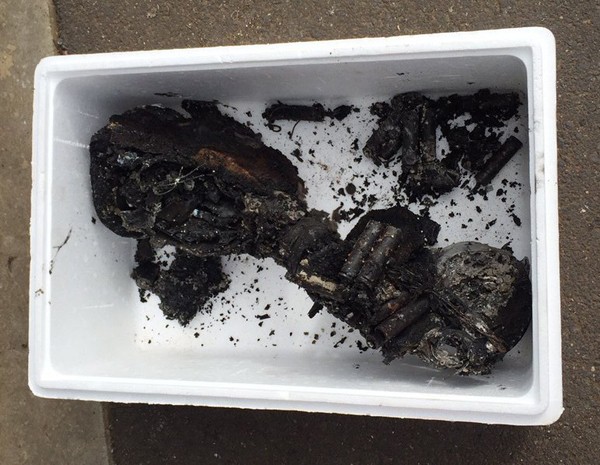 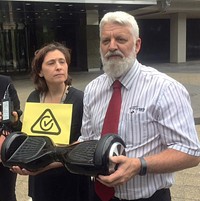 The Australian Competition and Consumer Commission will formally investigate the safety of hoverboard scooters after a non-compliant charger sparked a blaze that destroyed a Melbourne home on Tuesday.

The unbranded toy is the seventh hoverboard to be recalled and consumers are being urged to return any of the listed recalled products for a full refund.

In a statement issued to SmartCompany, a spokesperson for O’Dwyer said the fire in Melbourne raises serious concerns but is a matter for Victoria.

“Electrical safety is managed under state and territory laws. These products should comply with state electrical safety standards and display compliance marks, and be used, stored and charged carefully.”

The ACCC have said there are two key safety concerns with hoverboards, including fires that have occurred from the faulty design of some chargers and hoverboard  users injuring themselves through falls.

Compliant hoverboards and chargers should be stamped with the Australian Regulatory Compliance Mark, which is a triangle with a tick in the centre. Hefty fines will be issued for non-compliant toys of $4000 for individuals and $20,000 for companies.

Victorian Minister for Consumer Affairs Jane Garrett said in a statement to SmartCompany she is concerned over the safety risks and potential devastating consequences of non-compliant devices.

“Christmas toys should be fund but most importantly they need to be safe,” she said.

“I have instructed Consumer Affairs Victoria to conduct an immediate blitz across the state to make sure we don’t have a tragedy.”

Russell Zimmerman, executive director of the Australian Retailers Association, told SmartCompany this morning there are several things for retailers to consider.

“If they’re recalled then retailers will have to give them back [to suppliers],” he says.

“Under the law you will have to give [consumers] a repair, a replacement or a refund.”

Zimmerman says that while repairs seem unlikely, retailers could replace faulty hoverboards with a compliant brand or offer refunds.

“Some of these may have been bought in directly by people overseas,” Zimmerman says.

“If that is the case, ‘buyer beware’, you have then got to try and get in touch with the supplier overseas.”

Zimmerman says the best piece of advice for business owners is to “talk to your supplier immediately.”

Hoverboards have been banned in the United Kingdom and New York City after several fires were attributed to the devices.

The current list of recalled hoverboards in Australia includes: