Accommodation business back-pays employees $56,000 after firing them and crying broke 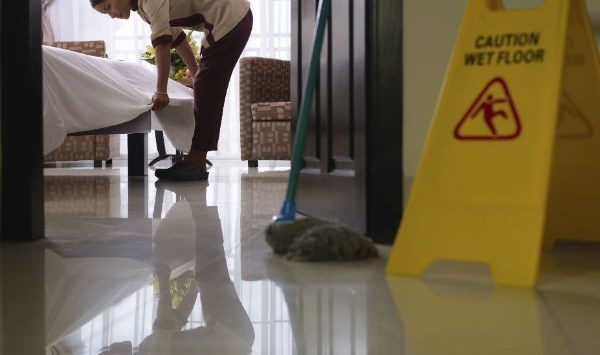 A Queensland accommodation business has back-paid four employees more than $56,000 after it made them redundant last year and did not pay them their full entitlements.

The business told former staff that because it was in financial trouble the company did not have to pay redundancy pay or accrued leave.

The four women, who worked in front-counter and housekeeping positions, then went to the Fair Work Ombudsman seeking to clarify their workplace rights.

An investigation by the employer watchdog found the former employees were entitled to outstanding wages, leave and redundancy pay.

In addition, Fair Work found that the business did have the funds available to pay the former employees their full entitlements.

One former staff member had more than 10 years’ long service leave and was owed more than $25,000.

Swaab Attorneys partner and workplace relations expert Warwick Ryan told SmartCompany that businesses don’t have to pay a lump sum redundancy if they have 14 employees or less.

“But if you’re over that [14-person] limit, than it’s a difficult one for employers because often the very reason that you are having to lay people off is you’re not doing that well. And small businesses by and large don’t have a deep well to pull money out of… so it’s a very challenging thing for small business people.”

Ryan says the requirement to pay redundancy used to be limited to award employees, but now everyone is covered under the national employment standards – subject to the 14-employees qualification.

“Employers can apply to avoid having to pay redundancy in two circumstances where they would normally have to pay it,” he says.

“That’s where the employer finds a job for their staff with another employer. There was a recent Fair Work decision which set the bar pretty high there about how involved that employer has to be in the process – you can’t just hand your staff a few notices for jobs. The other exemption is you can make an application where you cannot pay the amount.”

Either way, Ryan says it is important for business owners to understand that the onus is on the employer to apply for the exemption.

“If they just fail to do it, or make their own decision that you found them some other work or don’t have to pay, that would be a breach of the act,” he says.

Fair Work Ombudsman Natalie James said in a statement the employer in this particular case has avoided enforcement action by cooperating in full and back-paying the money it owed to its employees.

“The business admitted it did the wrong thing and was quick to rectify the problem after we became involved,” she said.

“This case is a timely reminder to employers that financial difficulties or the closure of a business do not mean workplace laws regarding redundancy and other termination entitlements can be ignored. Redundancy entitlements play a vital supporting role for people while they attempt to pick themselves up, find a new job and get back on their feet.”

The Fair Work Ombudsman has not named the business.