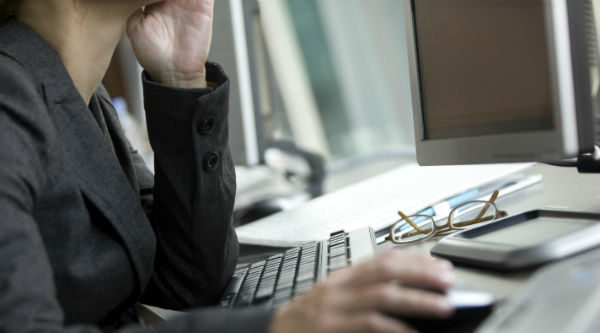 In what could be a precedent-setting legal decision, the Federal Circuit Court has found an accounting business to be liable for contraventions in the Fair Work Act when it provided payroll services to a client, which was found to be underpaying staff.

Fairfax reports the accounting business, Ezy Accounting 123 Pty Ltd, was found to have “deliberately shut its eyes” to cases of employee underpayment by its client, Blue Impression Pty Ltd.

At the time, the Fair Work Ombudsman alleged Ezy Accounting 123 processed wage payments for the two workers and knew the wages paid were below the “lawful minimum”.

Last month the Federal Circuit Court decided in favour of the Ombudsman, despite claims by the bookkeeper in charge of Blue Impression’s accounts that they had “no knowledge” of minimum rates for employees in Australia.

However, the Ombudsman was able to demonstrate that Ezy Accounting had helped the company with issues of underpayments following an audit in 2014. The accounting firm received a letter, which outlined “provisions that the Award provided for ordinary hours, hours on Saturdays and Sundays, along with allowances including for uniform”.

In the judgment, Judge John O’Sullivan stated even “the most basic query” would have revealed to Ezy Accounting the underpayment occurring at Blue Impression, and that the accounting firm “deliberately shut its eyes” to the contraventions occurring.

“As a result of what I’m satisfied was [the company director’s] wilful blindness Ezy should be found to be aware of the essential matters which go to make up the contraventions admitted by the first respondent,” O’Sullivan said.

The court will now make a determination on the penalties against Ezy Accounting 123. Corporations found to be in breach of the Fair Work Act face penalties of up to $54,000 per contravention.

Employment lawyer Peter Vitale says this case is a wake up call for many businesses operating in the advisory or accounting space, saying the Fair Work Ombudsman is starting to “look much more closely” at who is responsible for underpayments.

“It shows that there’s a real onus on advisors to ensure they make all the necessary enquiries around worker payment, and give appropriate advice to their clients,” Vitale told SmartCompany.

“It raises a lot of red flags for people who run those type of businesses, as the Ombudsman has stated clearly that businesses who have knowledge of the wrongdoing are putting themselves at risk.

“This includes accountants, lawyers, and payroll managers, they’re are all in the firing line.”

Instead of turning a blind eye, Vitale advises businesses to provide “very clear advice” to clients on the correct course of action, and take steps to correct any contraventions.

“The FWO has stated any advisors who give correct advice and in good faith are unlikely to have anything to worry about,” he says.

“It comes down to anyone involved in the contravention,” he says.

SmartCompany contacted Ezy Accounting 123 but did not receive a response prior to publication.

What about some share of the blame on the employee…. sounds bizarre, doesn’t it?
Of course there are employers who will try and get away with things on the premise they won’t get caught, but in most instances, this error might be a lack of communication.
Each employee presumes they fall under some award and minimum payment. They can focus on their particular situation. So every pay slip should indicate as follows:
This wage payment has been allocated based on ….(list the relevant award and conditions). continues
If the employee feels that any of this payment is incorrect they must report it in writing to the payroll master within 14 days.
As each employees conditions could differ, we state that should there happen to be an underpayment, it is purely unintentional and discrepancies will be readjusted within 7 days.