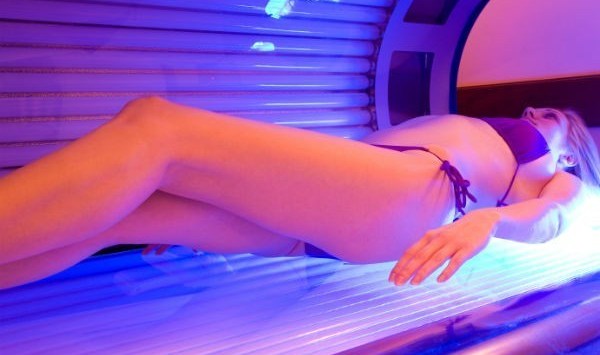 A 28-year-old South Australian man has been found guilty of running an illegal solarium tanning service out of his garage.

Dubbed the “Sharelarium,” the operation in Salisbury Downs attempted to capitalise on the sharing economy by allowing customers to use one of the three solariums for a fee, reports the ABC.

Jake Martin-Herde faced the Adelaide Magistrates Court yesterday on two charges of offering illegal tanning services to the public, to which he pleaded guilty. This is the first case of a prosecution regarding the illegal commercial use of solariums in Australia.

Solariums are large ‘beds’ lined with UV lights, which are used to tan users skin at a rapid rate. The International Agency for Research on Cancer categorised the beds as a group one carcinogen, falling in the same category as asbestos and cigarettes.

Solariums were banned for commercial use in South Australia at the end of 2015, following a ban in Victoria at the start of 2015. All other states have also banned the dangerous tanning solution.

Martin-Herde’s business was ran through Facebook, where he operated a fake profile with the name “Jake Sharelarium”. The profile advertised the tanning service, also offering prize draws to anyone who shared and liked the page.

The Environmental Protection Authority (EPA) in South Australia investigated the house in March last year. Prosecutor Kathreen Moloney told the Adelaide Magistrates Court Martin-Herde was aware of the ban, yet hoped to circumvent this by offering customers a share in the business.

Using the service attracted a one-time fee of $10, and a further $20 per tanning session.

Defendant Gilbert Aitken claimed Martin-Herde was offered “bad business advice” and made an “honest and reasonable mistake”. However, Chief Magistrate Mary-Louise Hribal fined Martin-Herde $2,100 for each charge, believing the convictions were appropriate.

He will also have to pay $900 in prosecution costs, and a further $160 for the South Australian Victims of Crime levy.

EPA chief executive Tony Circelli said in a statement he hoped the case would send a “strong message” to the community regarding the dangers of solariums.

“This activity is illegal because of its potential to have serious health problems to people who are frequently exposed to the radiation that is emitted from sunbeds,” Circelli said.

Speaking to SmartCompany this morning, Circelli said “the majority of people” had done the right thing in respecting the recent ban on solariums but there are a few who are still ignoring the law.

“We’re not surprised that there are a few in society that have taken a chance,” Circelli says.

“We’re aware of a few more reports to follow up on and it is a priority that in early stages in the ban that we make sure people are respecting the ban.”

Circelli acknowledges that the court judgment had “some empathy” for the operator, as he claimed to believe that it was a lawful operation. However, for the other operations the EPA is investigating, Circelli believes it is “clear you can’t offer these services on any commercial basis”.

“The way these people are going about advertising, it’s clear that they’re being cautious,” Circelli says.

SmartCompany was unable to contact the business prior to publication as the phone number had been disconnected.

Here’s a thought, reduce the number of staff at the EPA, as they obviously have way too much time on their hands to go chasing illegal solarium businesses.