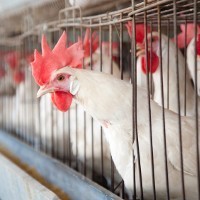 A Victorian chicken farm worker who was sacked after she was found asleep in a truck the morning after the Melbourne Cup has won her unfair dismissal bid and $7000 in compensation from the Fair Work Commission.

Heidi Cannon was dismissed from Mornington Peninsula-based Poultry Harvesting on November 5, 2014, following an incident where 50 to 60 chickens were run over or “smothered” while she was operating machinery.

Cannon, whose job was to move a large piece of machinery with an attached conveyor belt through a large shed to load chickens onto trays, started work at midnight after Cup day.

She admitted to drinking alcohol the day before, telling the commission she had three or four glasses of wine since noon.

Cannon denied she was intoxicated but said the wine had left her unable to drive to work, having gotten a lift to the farm in the morning.

“I didn’t want to take the risk of having a breathalyser because I would have had it on my breath still which could make me over .05,” Cannon told the commission, maintaining that she thought she was still capable of operating the machinery.

Cannon’s boss Matteo Geminian gave evidence he found her “passed out” in the truck, smelling like alcohol and said “50-60 birds got run over or smothered” by Cannon’s actions.

Geminian told Cannon to go home and said her conduct would be reason enough to fire her, but said he would call her the next day to discuss her future employment with the company.

Poultry Harvesting argued that it had a valid reason for Cannon’s dismissal because she arrived for work intoxicated and her conduct could cause “serious and imminent risk to the health and safety of the person” or amounted to “conduct that caused serious and imminent risk to the reputation, viability or profitability of Poultry Harvesting’s business”.

But Commissioner Nick Wilson found Geminian had insufficient evidence that would allow him to form the view she was intoxicated to the point of being unable, or unsafe, to work and took no steps to objectively assess her condition.

He also found the company had not afforded her procedural fairness and was not provided with an opportunity to respond to the allegation.

Employment lawyer and partner at M+K Lawyers, Andrew Douglas, told SmartCompany being intoxicated at work represented serious misconduct under Fair Work regulations, but the onus falls upon the employer to prove the allegation.

But he says even if an employee is found to have done the wrong thing, it is still imperative to provide them with procedural fairness.

“Even if there is a valid reason for termination, a breach of procedural fairness will fundamentally undermine the fairness of the determination,” says Douglas.

Douglas reminds employers procedural fairness includes putting an allegation to someone, providing them with the opportunity to reply, allowing them to have a support person present, and asking the employee if there was any relevant circumstance that will inform the decision.

SmartCompany was unable to reach Poultry Harvesting for comment.