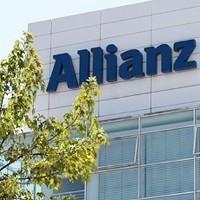 Insurance giant Allianz Australia has been caught up in the collapse of payday lender The Cash Store, agreeing voluntarily to refund $400,016 in insurance premiums to consumers after the payday lender was found to have acted unconscionably in selling Allianz insurance products.

The Cash Store was placed into administration on September 16 2013, with Bentleys Corporate Recovery appointed as administrators. The company had over 60 stores, and was one of the largest businesses of its kind in Australia at the time of its collapse.

Earlier this year, the court handed down a record $18.97 million fine, the largest civil penalty ever obtained by ASIC.

Judge Jennifer Davies found between August 14, 2010 and March 16, 2012, The Cash Store engaged in unconscionable conduct contrary to s 12CB of the ASIC Act in connection with the sale of consumer credit insurance (CCI).

The policies included cover for death and dismemberment, disablement due to accidental bodily injury, cancer, heart attack or stroke, involuntary unemployment and catastrophic illness. The period covered by CCI ranged from one to 36 days with a median term of 13 days.

SmartCompany understands that of that total, $400,016 was through an agent that resold Allianz products, with the balance made up of the products from another insurance company.

The agent had allegedly told Allianz it was terminating its relationship with the insurance giant in July 2010. Despite this, from October 2012, the agent resold the insurance giant’s products through The Cash Store without its knowledge.

ASIC is still pursuing legal action against the agent.

In the decision, Judge Davies was scathing of The Cash Store and said the insurance policies were “very unlikely to be of any use to” the company’s customers.

“I accept ASIC’s submission that CCI was unlikely to be of any use to customers for a payday loan and certainly useless for those who were unemployed, a fact that must have been known to [The Cash Store],” Judge Davies said.

“[The Cash Store] collected over $2 million from customers in insurance premiums during the period when it sold CCI and paid out claims worth about $25,000. Sales of CCI by [The Cash Store] are characterised by moral obloquy and the opprobrium of unconscionability.”

Allianz ‎Australia’s general manager of corporate affairs, Nicholas Scofield, told SmartCompany he is disappointed with how ASIC presented his company’s involvement in the case in its official press release on the matter.

“Allianz is extremely disappointed in the way ASIC has chosen to present how Allianz was unknowingly embroiled in the unconscionable selling of consumer credit insurance (CCI) policies in its name through The Cash Store, which was done without Allianz’s knowledge or agreement,” Scofield says.

“The CCI policies sold through The Cash Store were designed and distributed outside of the authority granted to our agent and without Allianz being made aware that was being done.”

“The selling of those CCI insurance policies through The Cash Store commenced three months after Allianz had accepted a 1 July 2010 Notice of Termination from its agent and continued for a few months after that relationship actually ceased on December 31, 2010.”

“When ASIC first raised the issue with Allianz in October 2014, we launched an immediate investigation, which confirmed that the policies had been sold though The Cash Store without Allianz’s knowledge or agreement.”

“Although Allianz received only a small part of the insurance premiums collected by The Cash Store, Allianz promptly decided to make payments to affected customers of all premiums paid by them plus interest.”

In a statement, an ASIC spokesperson told SmartCompany businesses, including small businesses, that are arranging or providing credit and offer add-on products, need to consider whether those products provide value to consumers.

“Especially where the cost of the product is inflated by high commissions (potentially driving down the benefits to consumers) they need to have robust compliance and supervision arrangements  to ensure they are not engaging in unconscionable conduct, and at risk of action by ASIC,” the spokesperson says.

Consumer Action Law Centre senior policy officer David Leermakers told SmartCompany a common theme in a lot of his organisation’s casework is consumers saying they didn’t realise they had been sold an add-on insurance product.

“Even in this case, there was some evidence that people within The Cash Store were being trained to add the cover automatically instead of presenting it as an add on,” he says.

According to Leermakers, aside from payday lenders, such product slamming is also a common practice among door-to-door salespeople and in car yards.

Another common complaint, where a consumer is aware they are taking on an insurance product is being added on, is that they are left unsure of the cost or what it covers. In some cases, it is presented by salespeople as being a complementary part of a package rather than an additional cost.

“My advice for small businesses is before you sell [an insurance] product, if you really believe in it, make sure you explain it to the consumer so they know what it is and what it costs,” Leermakers says.