ASIC cracks down on appliance rental companies: Forced to refund $230,000 to consumers 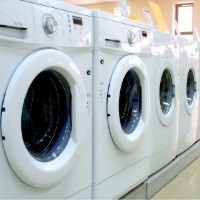 Five companies that offered household appliance rentals have agreed to refund 115 consumers more than $230,000, following a crackdown by the corporate watchdog.

The Australian Securities and Investments Commission took action after discovering the companies were not licensed to provide leases to consumers.

ASIC said in a statement Smart Link Rentals, Ezi Keep Rentals, Rent2Keep, Rent Ezi Appliance Rentals and Want It Rent It have agreed to collect only the cost price of the rented goods and refund customers any payments they received above that amount.

The vendors have also agreed to stop offering regulated consumer leases and to transfer ownership of the goods to customers once the cost price has been paid.

In total, more than $230,000 will be refunded to 115 consumers, the majority of whom receive Centrelink benefits, said ASIC.

ASIC has also added an extra condition to Smart Link Rental’s credit licence, requiring the company to engage an independent consultant to review its compliance with credit legislation over the next 12 months.

According to ASIC, Smart Link Rentals entered into commercial agreements with three of the other companies, Ezi Keep Rentals, Rent2Keep and Rent Ezi Appliance Rentals, to offer fixed-term leases to consumers.

Smart Link asked for a ‘licensing fee’ of approximately $40,000 and an ongoing monthly payment of 7% of turnover in exchange for documentation to establish a household rental business. However, the three businesses did not hold an Australian credit licence.

In a statement, ASIC deputy chairman Peter Kell said the regulator will continue to pursue companies that act outside of the law.

“The licensing regime is designed to provide safeguards for consumers and dealing with someone who does not hold an Australian credit license means there is no recourse to important consumer rights like the right to access a free external dispute resolution scheme,” Kell said.

ASIC has previously come down heavy on consumer credit businesses for targeting vulnerable people, including imposing a three-and-a-half year ban on all of the franchise directors of a Victorian-based household goods rental provider, Mobile Rentals, in September 2013.

In November, ASIC launched legal action against appliance rental company Make It Mine, which it alleges breached consumer credit laws, including responsible lending obligations to consumers.

“The licensing regime is designed to ensure people who conduct credit activities or offer credit products are suitably qualified and in a position to do so in a responsible manner,” Harris says.

“And the consumer credit code is to ensure people entering into contracts have an opportunity for full disclosure.”

“This is a prime example of companies seeming not to comply with either obligation.”

Harris says in this case, the five companies were dealing with consumers in a vulnerable position and there is an onus on all companies operating in this sector to assess the financial position of consumers and their ability to pay.

“There is quite a heavy onus there … It almost overrides the principle of buyer beware”.

Harris warns credit licence holders that appoint authorised representatives to also supervise those representatives, as they have ultimate responsibility for contracts under their licence.

“You can’t appoint a third party as a representative unless you are willing to supervise and take responsibility,” he says.

SmartCompany contacted Smart Link Rentals, Ezi Keep Rentals, Rent2Kepp and Rent Ezi Appliance Rentals but did not receive a response prior to publication. SmartCompany was unable to contact Want It Rent It.