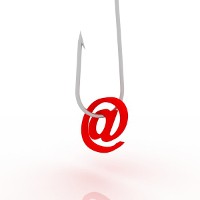 Thousands of Australians and small businesses were scammed out of a combined $89 million in 2013, according to report released by the Australian Competition and Consumer Commission today.

The Targeting Scams report says while the amount of money lost through scams decreased by 5% last year, compared to 2012, the number of scam-related contacts reported increased by 10% to almost 92,000.

Persons aged 45 to 54 were the most common reporters of scams, and the amount of people aged 65 and over reporting scam contacts nearly doubled to 18%.

“It can take a whole range of forms: getting a bill from a domain name register saying it will expire if you don’t pay within 24 hours,” says Rickard.

“[Or] it could be one of the directory scams where you get a bill or false invoice for a Yellow Pages entry that you never ordered,” she says.

False billing scams made up 3600 of all contacts reported last year, with 445 losses amounting to a total of almost $725,000— a 45% increase in reports, and a 28% increase in the amount of reported losses.

“It’s really important to have systems in place to check whether the bills you are receiving are legitimate,” says Rickard.

“If something doesn’t look quite right, don’t trust it, and don’t use the contact details in the emails,” she says.

The Federal Department of Communications warned small business owners earlier this month to keep their eyes open for electricity and gas bill scams.

The email-based scam bills, which purport to be from Energy Australia, often have links to malicious websites and can automatically download the malware to victims’ computers.

The ACCC report suggests businesses receiving suspicious bills should verify them by contacting the companies directly, using contact details sourced independently through an internet search or a phone book.