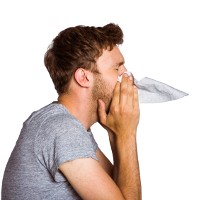 An Australia Post worker’s bid for workplace compensation can proceed after the mail carrier failed to convince the Administrative Appeals Tribunal the worker’s back injury was the result of a “sneezing fit”.

Instead, senior tribunal member Jill Toohey ruled Vang Hung Chau’s work at Australia Post had aggravated an existing spinal condition and Australia Post is liable to pay him compensation for the injury.

Chau, who had worked for Australia Post since 1990, told the tribunal he had seriously injured his back while working overtime in June 2012.

Chau was moving trays weighing 10 kilograms or more on to trolleys and said he felt a sharp pain in his lower back just prior to finishing the shift.

He thought the pain would go away and so decided not to report the incident immediately. Instead, he went home but took two days off work after visiting his local doctor. He subsequently took two months off work before returning to his job.

After originally denying Chau compensation in July 2013, Australia Post subsequently changed its mind and agreed to compensate him for the injury. However, Australia Post said Chau was no longer suffering from the effects of the injury by November 2013 but Chau took that decision to the tribunal.

In its defence, Australia Post argued Chau injured his back after he sneezed while driving on the morning after the alleged work incident, based on notes from his general practitioner, who Chau visited that morning.

However, the GP later revised his notes in response to a request from Chau’s solicitors to say the sneezing was not the cause of the back pain.

Australia Post also presented evidence that Chau had been suffering from a back injury for 13 years and claimed there were inconsistencies in reports from different doctors.

But Toohey sided with Chau, accepting Chau’s counsel’s argument that if Chau was in his car and driving to the doctor on the morning of the alleged sneezing fit, he must have already been in pain.

If this was not the case, he would have had to have been driving somewhere else very early that morning.

Toohey was also satisfied Chau was still suffering from the effects of his injury after November 2013 and ultimately, his employment “contributed to a significant degree” to aggravated a pre-existing condition.

A spokesperson for Australia Post told SmartCompany this morning Australia Post is “considering whether it has grounds to appeal” but said it is “too early to comment on the implications of this decision”.

Andrew Klein, special counsel at Russell Kennedy Lawyers, told SmartCompany it is unusual for the tribunal to overlook contemporaneous notes from a medical practitioner, although Toohey did note that such evidence should not to be dismissed lightly.

“Notes taken at the time of a consultation, in the normal course of things, would usually trump any other evidence,” Klein says.

“They are generally trusted more than anything else.”

However, Klein says this case instead turned on the “discrete piece of factual evidence” relating to the time at which Chau was in his car.

“It’s indicative of the beneficial nature of the legislation,” Klein says.

“If something is finely balanced … as it was in this one … the tribunal will prefer the interpretation that favours the applicant as the legislation is designed to help people who have been hurt or injured at work.”

Klein says the doctor‘s revision of his notes from the initial consultation also worked in Chau’s favour, helping to “negate what would otherwise have been a pretty strong case from Australia Post”.

However, Klein says the tribunal did indicate it did not simply just accept Chau’s version of events, as it was sceptical about the evidence of his daughter, who was in the car with him at the time of the alleged sneezing and said she had no recollection of her dad sneezing.

Klein says Australia Post’s argument that Chau’s pre-existing condition would have deteriorated whether he was working also failed to convince the tribunal as it was based on a dated medical report that only referred to an isolated incident.

“To make an argument that an injury is part of a degenerative back condition, it requires strong evidence to establish that,” Klein says.