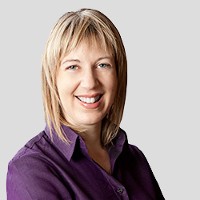 James has spoken out about the complexity contained in Australia’s 122 modern awards, which are currently under review by the Fair Work Commission.

Speaking to Fairfax, James said around one third of the calls received by the Ombudsman’s office are from employers, with most callers asking for help to understand wage rates under the awards.

“In this country we don’t have one minimum rate of pay—we have hundreds depending on what classification you are at,” said James.

James believes the Fair Work Commission’s current review is an opportunity to make the system less complex, and her office has a role to play in the review.

“We don’t have a vested interest. We are not saying up or down—just please, make it clear,” she said.

“The traditional parties will say, ‘It’s been settled for 20 years that this [clause] means dot, dot, dot’ but that is not visible to people viewing the documents,” said James.

“You can’t expect people to know the history and jurisprudence to work out what to pay people.”

James said some awards contain provisions that are at odds with baseline national employment standards, which means employers can be following the awards which apply to their workplace but are in breach of the law.

M+K Lawyers director Andrew Douglas agrees with James, telling SmartCompany this morning changes to the awards system in Australia that allow both employers and employees to understand their obligations are “well overdue”.

While Douglas says it’s true there are “some unscrupulous people” who want to avoid their obligations as employers, “the reality is most employers want to know what they need to pay and to do it properly”.

But he says the modern awards system is “impenetrable”, and at times even difficult for lawyers to understand, let alone employers and employees.

“One of the difficulties with awards is that it is an old boys club, run by the unions, pushed by the unions and the employer associations,” says Douglas. “And that leaves everyone else at a disadvantage.”

Douglas says the language and terms used in awards have, in most cases, been hard fought for by unions over many years, and so any attempt to make changes is met with great resistance.

“Not only are the concepts legacy but so is the wording,” he says.

Douglas welcomes the involvement of the Ombudsman’s office, describing James’ “pro-people view” that all people should be able to understand the agreements, as “brilliant”.

And he says this approach could lead to less employment disputes.

“The terrible cases we’ve seen through the past few years, a large proportion of these people just didn’t get what their obligations were,” says Douglas.

“They weren’t on a level playing field. And the terrible thing is, they find out two or three years later that they have to repay a lot of money.”