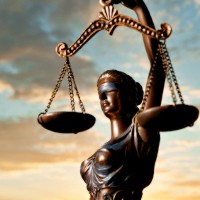 A call centre banker has failed in his unfair dismissal claim before the Fair Work Commission.

Brett Hutton was employed by Sykes Australia in July 2013 as a “banker” handling calls for clients including St George Bank.

Sykes claimed Hutton displayed bad-tempered and aggressive behavior during training sessions and once he started work he sent emails with unsolicited banking information to one of Sykes’ clients.

After a series of performance management meetings, one of which Hutton refused to attend because he did not have a recording device on him, he was dismissed in January 2014.

Hutton applied to the FWC for an unfair dismissal remedy but Deputy President Asbury found his behavior had been inappropriate and dismissed the claim.

The FWC found Hutton’s conduct in sending emails to Sykes’ client was contrary to directions from his manager and the information he had supplied had included critical comments about his employer.

The commission found Hutton’s conduct alone, apart from any aggressive behaviour in the workplace, had amounted to a valid reason for his dismissal.

“In progressing his claim Mr Hutton displayed much of the conduct which Sykes asserts provided a valid reason for his dismissal,” Asbury found.

“Hutton was aggressive, focused on irrelevant details and had an immovable belief that he knows better than his managers and was justified in disregarding their instructions on the basis of their incompetence and his superior customer service skills.”

Rachel Drew, partner at law firm TressCox, told SmartCompany if a new employee has difficulty communicating with colleagues and is aggressive they are unlikely to turn into a good long-term employee.

She says employers should assess an employee’s conduct and capacity in the first six months of employment.

“The employer has allowed this conduct to continue and hasn’t properly monitored it and when they decided to terminate they didn’t get the protection of the minimum employment period,” she says.

Drew says if Sykes had moved to terminate Hutton before six months he would probably have been prevented from bringing in a claim.

“It can be very difficult to deal with an employee who responds to criticism by behaving in an aggressive manner, but it is very important to address this behavior,” she says.

Although it was not an issue in this case, Drew also says employers should be alert to their obligations to ensure an aggressive employee is not bullying other employees.