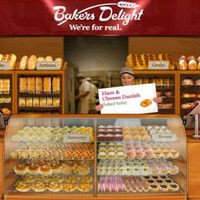 A Bakers Delight franchisee in New South Wales has signed an enforceable undertaking with the Fair Work Ombudsman after an audit of its stores found it had underpaid 26 employees nearly $40,000.

The latest action by the Fair Work Ombudsman follows a string of similar cases by bakery chains short-changing staff. In January last year, Breadtop made an agreement with Fair Work Ombudsman to ensure its 800 plus employees are receiving their full entitlements.

This was followed in September by Tasmanian bakery Daci & Daci Bakers that back-paid staff almost $80,000 after an FWO investigation found it had failed to pay its employees the correct rates. The FWO has also started legal proceedings against the owner of Harold’s Glass and Hardware and the adjacent Rhythm & Vines café claiming an employee was paid just employee just $1.35 an hour.

In the latest investigation, the FWO assessed time and wage records for employees for the period between January 2, 2014, and February 5, 2014, for the Bakers Delight stores in Bateau Bay and Wyong in regional New South Wales. The franchisee was a company called JCMA Pty Ltd at the time of the investigation.

The investigation found 26 employees were underpaid a total of $39,626.20, with the franchisee failing to comply with a number of conditions set out in the relevant award, the General Retail Industry Award of 2010.

Following the investigation, the franchisee signed an enforceable undertaking with the Ombudsman on December 17, giving it 14 days to rectify the underpayments and provide evidence of payment.

The undertaking also required the franchisee to provide written details of the systems and processes it has implemented to the FWO within 28 days, and to sign up to the FWO’s My Account portal.

Bakers Delight spokesperson Michelle O’Farrell told SmartCompany Bakers Delight has been in touch with both the franchisee and FWO in order to rectify the situation.

“We are working with FWO to ensure this is remedied and systems have been put in place to rectify the situation. We do regret and apologise sincerely to the employees who have been affected by this,” O’Farrell says.

In a statement, a Fair Work Ombudsman spokesperson told SmartCompany enforceable undertakings were introduced by legislation in 2009. FWO has been using them to achieve strong outcomes against companies that breach workplace laws without the need for civil court proceedings.

“We use enforceable undertakings where we have formed a view that a breach of the law has occurred, but where the employer has acknowledged this and accepted responsibility and agreed to co-operate and fix the problem,” the spokesperson says.

“The Fair Work Ombudsman has a variety of tools available to assist bakeries and small businesses who may be unsure of their obligations. Online tools are available at [the FWO website] including PayCheck Plus, which determines the correct award and minimum wages for employees, templates for pay slips and time-and-wages records and a range of Best Practice Guides.”

The spokesperson also says it is common practice for the FWO to consult with industry stakeholders, such as Bakers Delight, when undertaking education and compliance campaigns.

“In this particular circumstance, the Bakers Delight franchisor was one of the key stakeholders consulted on the recent Victorian retail bakeries campaign,” the spokesperson says.

“The Fair Work Ombudsman is very keen to work with industry organisations and large franchisors as part of its efforts to build a culture of compliance with federal workplace laws. You will find a number of large franchisors who have signed Proactive Compliance Deeds (PCDs) with us on our website.”

The latest investigation comes after the FWO randomly audited 81 bakeries across Victoria, with Bakers Delight consulted as one of the key stakeholders.

That investigation found only 63% of bakeries were fully compliant with their record-keeping and pay-slip obligations and only 53% were paying their employees correctly.

SmartCompany contacted both Bakers Delight outlets but received no response.