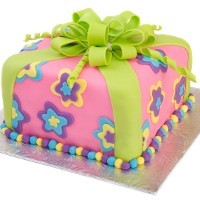 A bakery in the United States is being investigated for potential discrimination after it refused to ice cakes for a customer with the words “God hates gays”.

Azucar Bakery in Denver, Colorado  refused to ice cakes for Bill Jack after he ordered several cakes in the shape of bibles in March last year.

Jack has since filed a complaint with the civil rights division of the Department of Regulatory Agencies, alleging the business is infringing on his religious freedom.

Business owner Marjorie Silva told USA Todayshe thought it was unfair the customer was accusing her of discrimination when she thought he was the one that was being discriminatory.

“We’re not doing this. This is just very discriminatory and hateful.”

But could a similar action be brought against an Australian business?

Damin Murdock, principle lawyer of Murdock Cheng Legal Practice, told SmartCompany business owners in Australia have the right to do business with whoever they please – so long as they are not varying who their customers are on factors which could be considered discriminatory.

“As a business owner, every dealing you have has an offer and an acceptance,” Murdock says.

“In this case, the offer was made to make a cake and the baker accepted that offer and likely would have quoted a price for that at the time that the contract came into existence. Subsequently, it appears that the customer attempted to vary the terms of the contract which subsequently were not accepted by the baker.”

Murdock says from a contractual perspective, there would be no requirement for the baker to accept that variation because the terms would have been agreed to prior to the cake being made.

“The difference in this case though is that there’s been an allegation that the baker has refused to vary the terms of the contract on grounds which have been alleged to be religious discrimination,” he says.

Murdock points out that because the customer attempted to vary the agreement unilaterally, the business owner was placed in a position where either way her actions could have been deemed discriminatory. However, to the best of his knowledge, there have been no similar cases in Australia.

“However, if this was in Australia I would think that the baker could not be forced to commit an act which she believed to be discriminatory and possibly in contravention of the Sex Discrimination Act,” he says.

Shane Wescott, principal at Patron Legal, agrees and says a similar action brought about in Australia would be unlikely to succeed.

“We do have various anti-vilification laws, at both federal and state level, and some of these specifically establish ‘religion’ or ‘religious belief’ as a protected category,” Wescott says.

“However, we do not have a constitutionally enshrined right to freedom of speech, as they do in the USA, and, in my opinion, homophobic remarks would not be covered by the ‘religious belief’ protections.”

Wescott also points out that in Australia we have “numerous strong protections” against anti-gay hate speech which reflects the community’s attitude that anti-gay discrimination is unacceptable.

“In Australia, the baker may even have exposed themselves to a legal risk if they had have agreed to the customer’s request,” he says.

But Wescott says it is important for Australian businesses to ensure they are not discriminating against their customers.

“In today’s world, with the internet and social media, backlash against businesses accused of discrimination can be swift and severe,” he says.

SmartCompany contacted Azucar Bakery but did not receive a response prior to publication.