Banker files $4.5 million sexual harassment claim against JBWere after being told a woman’s IQ “halves when she falls pregnant” 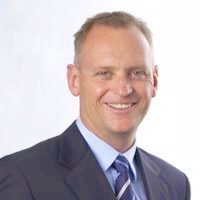 A former executive of JBWere has filed a $4.5 million sexual harassment case against the NAB-owned stockbroking firm, claiming she was the victim of a “culture of harassment” after taking maternity leave.

In explosive claims filed in the Federal Court in August, and seen by Fairfax, former JBWere Queensland state manager Antonia Thornton said she was performance managed out of the organisation, was given higher targets and lower bonuses than her colleagues and was subject to derogatory remarks by former JBWere chief executive Paul Heath.

On one occasion Thornton says Heath, whose own claim for redundancy compensation was rejected by the Fair Work Commission in July, responded to news of her first pregnancy by saying “in his experience a woman’s IQ halves when she falls pregnant”.

On another occasion Thornton alleges Heath asked her to turn around while she was pregnant and said: “Yup, you are having a boy because your bum has blown out.”

Thornton says another colleague Steve Martino told her he was “pissed off, frustrated” and no longer wanted to share clients when she told him she would be going on maternity leave after the birth of her second child, but the head of human resources for JBWere allegedly told her not to make a complaint about Martino’s comments.

Thornton also claims her client base was reduced by a third when she returned to work in July last year and was asked on more than one occasion: “Do you really want to come back to work?”

Federal Court Justice Geoffrey Flick this week agreed to mediation between the two parties, with the case to return to the courts in November, but he told JBWere the case is “not a matter you can just buy your way out of”.

Maurice Blackburn associate and employment law specialist Daniel Victory told SmartCompany it is likely Thornton is seeking damages for loss of earnings as well as damages for hurt and humiliation.

While at least one of the employees against which allegations have been made, Paul Heath, is no longer with the company, Victory says JBWere may still be liable.

“Employers are liable for the conduct of their employees,” says Victory.

“But under discrimination legislation, they may not be liable if they can show they have taken all reasonable steps to prevent harassment and discrimination from taking place.”

“It happens a lot more often than you see in the media,” he says.

Victory says it is often difficult for employees to speak out “so it is important that when people do speak out or raise concerns, one they are supported, and two, the complaints are dealt with appropriately”.

“It doesn’t matter if you’re a teacher or a cleaner or an investment banker, there is no place for sexual harassment in the workplace,” says Victory.