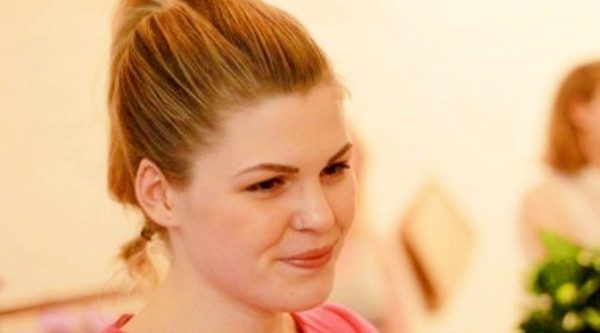 The Federal Court has found disgraced wellness blogger Belle Gibson engaged in misleading and deceptive conduct by making claims around her cancer diagnosis and in promoting that sales of her app were going to charitable causes, with one lawyer saying the decision sends a clear message to businesses to simply do as they say they will.

On Wednesday, Federal Court Justice Debbie Mortimer handed down her decision on the case brought against Gibson and her company Inkerman Road Nominees Pty Ltd by Consumer Affairs Victoria, upholding “most, but not all” of the allegations made against her.

The claims against Gibson included that she breached Australian Consumer Law by making false claims about her health on a range of media platforms and in promotion of her book, and that she misled consumers in a number of claims around donations of app sales and company earnings to charities, including One Girl and the Asylum Seeker Resource Centre, which did not eventuate.

Justice Mortimer found Gibson had contravened consumer law by making false representations about her treatments for cancer and diagnosis story, but said it could not be proved that she did not truly believe that she had cancer.

In the judgment, Mortimer considered it was possible Gibson “remained under some kind of delusion that she had cancer”.

“She may have had other psychological or psychiatric issues. Those possibilities are reasonably open on the evidence. I am not persuaded on the evidence she was acting unconscionably,” she said.

When considering a number of claims that Gibson and her business failed to make payments to charities despite promising to do so in a number of campaigns relating to app sales and events like Mothers’ Day, the Federal Court decided she had used her public profile to “play on” the good intentions on the public.

“In securing this public profile, and the financial and personal benefits which came with it for herself and her company, Ms Gibson deliberately played on on the genuine desire of members of the Australian community to help those less fortunate,” Justice Mortimer said.

The consumer watchdog brought legal proceedings against Gibson in 2015, after claims emerged that she had failed to donate hundreds of thousands of dollars to charities as had been publicly promised.

The Federal Court has now directed Consumer Affairs Victoria to make a submission ahead of its decision on what penalties will be applied in the case.

Under maximum penalties for breaching Australian Consumer Law, Gibson’s company, which is in liquidation, could face up to $1.1 million in penalties. The maximum penalty for an individual breaching consumer law is $220,000.

Lawyers have previously told SmartCompany the Gibson case is a reminder to businesses to check their own and other people’s claims before promoting them, given companies like Gibson’s publisher Penguin Australia were also caught up in the cancer claims.

In May 2016, Penguin Australia donated $30,000 to the Victorian Consumer Law Fund as part of an enforceable undertaking after Consumer Affairs Victoria claimed it made misleading representations in its publishing of Gibson’s book The Whole Pantry.

Lesson is straightforward, says one laywer

Andrew Parlour, a principal at law firm Russell Kennedy, tells SmartCompany that while the lessons from the case might seem straightforward, they are important for business operators, particularly when it comes to promotions tied to charitable giving.

“It might sound simplistic — but the simple fact is that if you say you’re donating to charity, you need to do that, especially if your promotions are tied up with certain representations about when donations will be donated,” he says.

While there’s no strict timeframe for when donations have to be passed onto charities, if a business has an arrangement to do so, Parlour says it should be in a reasonable time frame.

“I wouldn’t say there’s a standard time limit, but it’s the concept of what’s reasonable. If it’s related to book sales, well then obviously the company would have had to wait for book sales figures, but it has to be reasonable,” he says.

The takeaway from this case is simple, says Parlour: “You should do what you say.”

When it comes to cases of misleading consumers, businesses should know that they will be “held to a higher standard” if they are found to know that their claims are untrue, Parlour says.

SmartCompany contacted Gibson’s legal representatives, Mills Oakley, this morning but did not receive a response prior to publication.